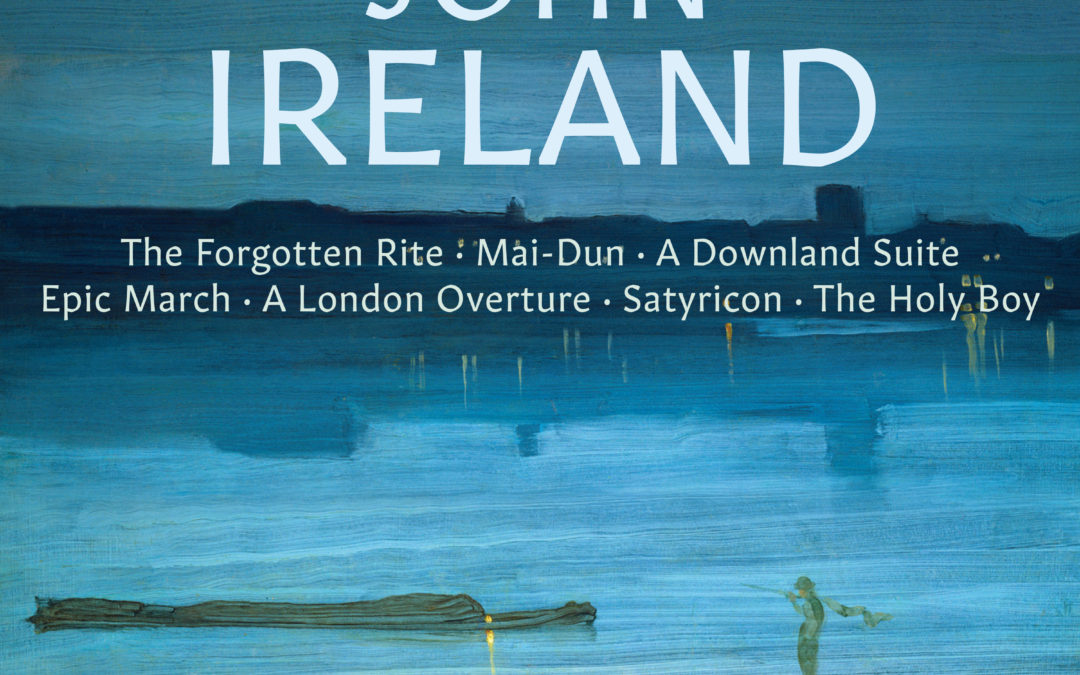 Despite one or two reservations, this is a hugely welcome issue of most on John Ireland’s works for orchestra, from a conductor and orchestra who can seemingly do little wrong.

I confess to being irritated by the haphazard chronological sequence in the programme, with the latest work Satyricon placed first, and Mai-Dun positioned before The Forgotten Rite.  I suppose you could argue that you can do your own track selection at least the liner notes are in date order.

This last pair of pieces are, to me, by some distance the most interesting. Ireland had evinced a druidical interest as evinced in that special moment in the first violin sonata, and in these orchestral pieces an atavistic awareness of the past, influenced by the writings of Arther Machen, is a strong presence.

Mai-Dun was Thomas Hardy’s name for the enormous Maiden Castle in Dorset.  The huge edifice in this Baxian tome poem is characterised with awe and solemnity, while the Forgotten Rite was inspired the landscapes of the Channel Islands.  There is a hint of fear too in these scores – perhaps something to do with Bax’s notion of a ‘perilous pagan enchantment’.

I think Mr Wilson slightly underplays the first climax in the Rite; in Mai-Dun, and, occasionally elsewhere, there is a slight fuzziness in the string tone.  I hope this is not obvious in all pressings.

As well as Satyricon we are offered the by turns whimsical and plangent London Overture and the Downland Suite in its arrangement for strings.  Ireland wrote this suite for brass band and transcribed the Elegy and famous Minuet for strings himself.  The outer movements were arranged later by his pupil Geoffrey Bush, following a commission from the John Ireland Trust.

The exquisite The Holy Boy is also included in its string version.  This charmer has exquisite modulations generated by small differences in the melody.  These are so subtle that the ear may not pick them up, and a look at the score is necessary to appreciate fully the subtlety. (You can access the score on IMSLP under ‘Ireland – Preludes’.)

The blazing Epic March comes last. This was a war-time commission instigated by Adrian Boult and is ostensibly in the Elgar – Walton – Coates tradition, apparently expressing national determination in difficult circumstances, with a grim-sounding main theme, complete with a Morse code ‘V’ meme, and a soupy trio tune.  But listening to this I had a perverse thought.  As regards the ‘V’ sign, which way are Ireland’s fingers facing?  The music evinces a false bravado which suggests to me that, like Shostakovich in the last movement of his fifth symphony, the composer is saying one thing and meaning something quite different.