On This Shining Night 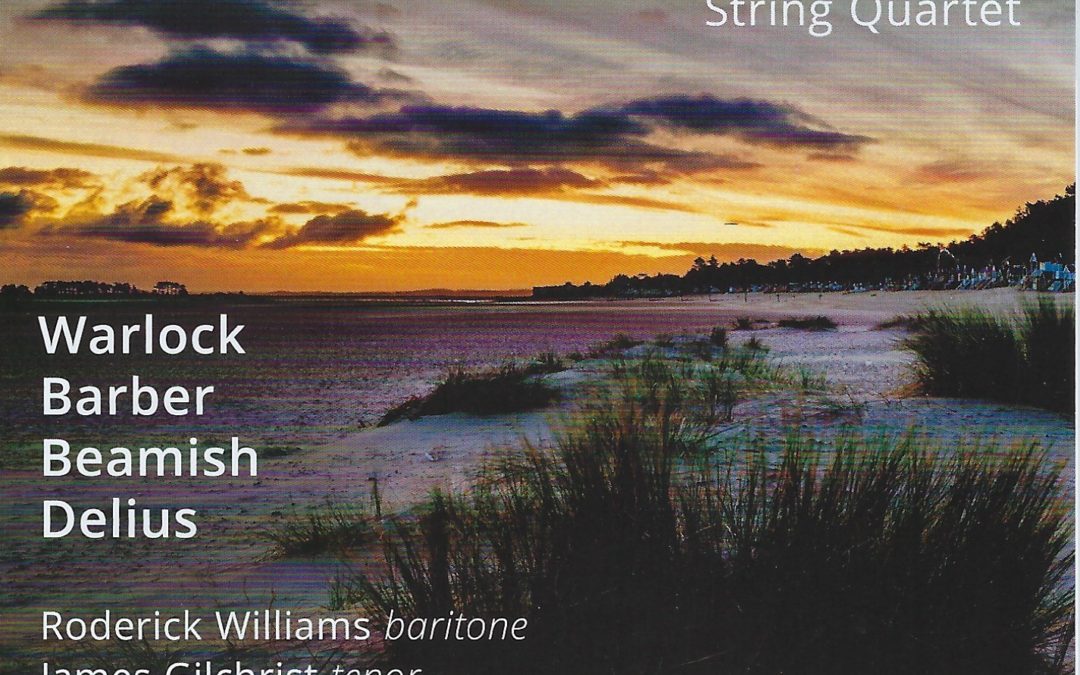 Music for Voice and String Quartet

Music for voice and string quartet is quite rare. Perhaps not every string quartet wants to take part in performances where they might consider their role to be secondary to the singers, so many congratulations to the Coull Quartet for taking part brilliantly in this fascinating venture.

The music of four different composers is included in this recital/recording, three British and one American, Samuel Barber. The overall title is taken from one the latter’s songs, a setting of a deeply moving poem by the American poet James Agee, Sure on this Shining Night; this is a marvellous piece, though shorter than his more famous setting of Matthew Arnold’s Dover Beach. Like several other songs on the CD, Sure on this Shining Night was not written for voice with string quartet, but in those cases, baritone Roderick Williams, a gifted composer and arranger as well as a marvellous singer, has created string quartet parts. I think these fit convincingly along with each composer’s style.

Two of the composers have written their own string quartet parts, and the CD opens with 11 such settings by Peter Warlock. These are delicious, with great vocal performances from Roderick Williams, James Gilchrist in the joyful opening song Chopcherry, and Sophie Bevan. There is an undercurrent of early music in Warlock’s writing. The programme note mentions Dowland, but Warlock’s attractive melodic style, entirely his own, suggests several English Edwardian composers of his time. Both happy and disappointed love are covered in settings of early poems, and there is one, the Corpus Christi Carol, which is thoroughly mystical.

This links with another composer who has written her own string quartet parts. Sally Beamish sets Tree Carols, five mystical poems by Fiona Sampson. These are all beautifully sung by Roderick Williams with string quartet backing of almost operatic impact. The compositional style here is unashamedly modern, possibly not for everyone, but the word setting is always powerful and persuasive. The inclusion of a modern composer’s voice is, I think, absolutely necessary.

For the more traditionally-minded listener, the CD recital concludes with three lovely arrangements by Roderick Williams of songs by Delius. Young Venevil is particularly upbeat and attractive.