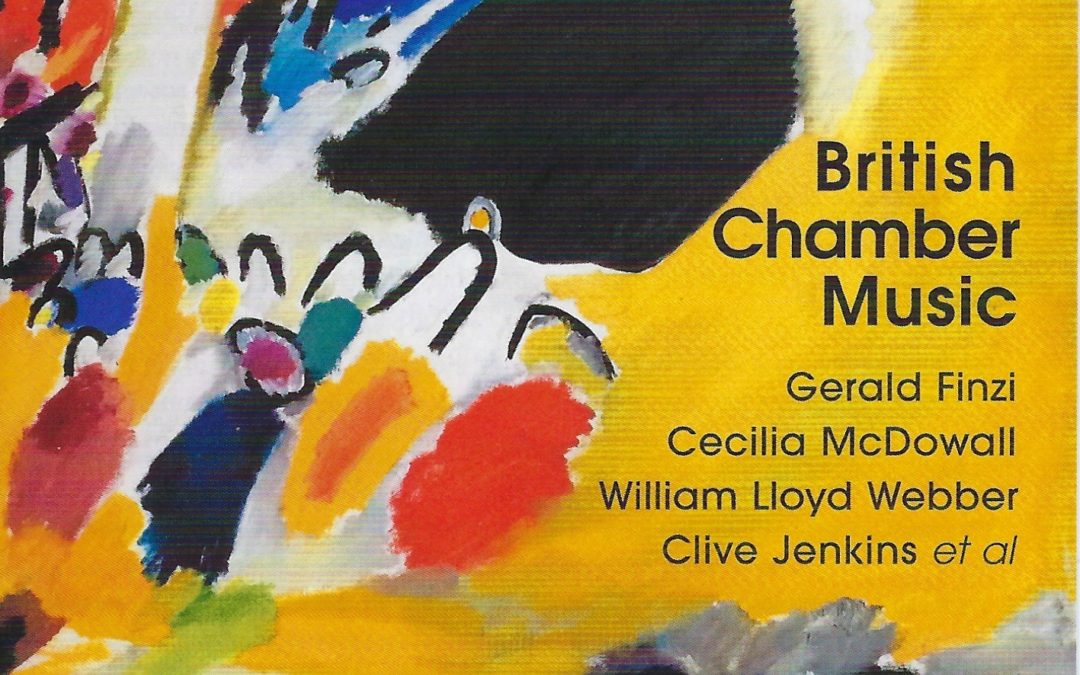 The title on the booklet cover is the one as given above, but inside the heading ‘British Music for solo instruments and string orchestra’ is more revealing. On the surface this disc might appear to be something of a ‘dog’s dinner’ – 12 works, some very brief, by 10 composers some of whom will be new to you. And even more so when you factor in a five-minute movement from a harp concerto by the 19th century English-born Elias Parish-Alvars played deliciously by Gabriella Dall‘Olio.

But that wouldn’t be accounting for two factors; firstly the beautiful and sensitive performances and secondly the pleasurable balance of the entire programme, meaning, unusually that if you felt so inclined, you could play the whole thing through in one sitting.

It is Finzi’s now famous Eclogue which gives the CD its title and it’s good to have Margaret Fingerhut as the soloist. She also plays the last and longest work on the disc by Clive Jenkins, a highly attractive three-movement Piano Concertino. Jenkins is also represented by the oboist Michael Stowe in a neo-classical Three pieces for Oboe and Strings, his velvety tones also work beautifully in Ronald Binge’s famous The Watermill.

Cecilia McDowell is often featured at the Presteigne Festival and they commissioned her in 2007 to compose a work for Oboe quartet resulting in Y Deryn Pur (The Gentle Dove).  Here it is re-arranged for clarinet  and is an exquisitely impressionist work.

The disc is full of good tunes. William Lloyd Webber’s wonderfully lyrical Frensham Pond was originally composed for clarinet and piano. Here, soloist Peter Cigleris has arranged it sensitively for strings and for himself to play. He also plays the Concertante by the late Joe Horovitz an early work from 1948, – three contrasted moods in one eight-minute span.

More good tunes -Don Sherman’s two pieces, Venice in the Rain and Seventeen Going on Eighteen which actually refers to the work’s two time signatures. The ensemble’s director Peter Fisher is the nimble violin soloist in these delightful little pieces. This would make a very happy purchase.