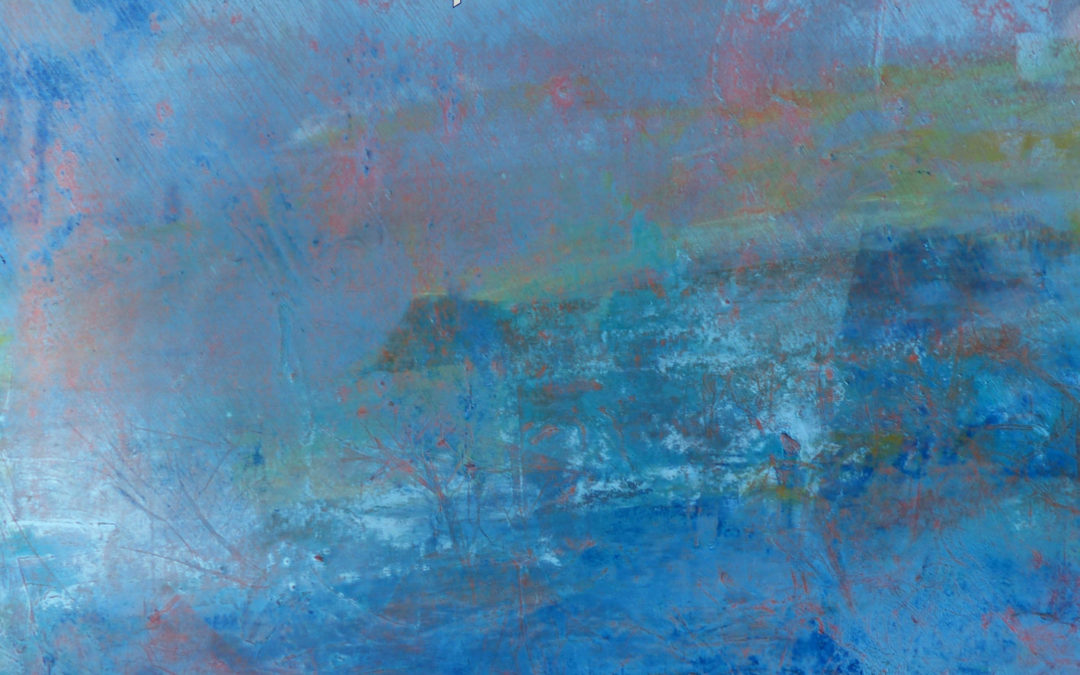 This CD is a re-release of the 24 Piano Preludes by Edward Cowie, first recorded by piano virtuoso Philip Mead, a specialist in contemporary piano repertoire, on the UHR label of the University of Hertfordshire in November of 2007.

The 24 Preludes are in four books, labelled according to the four elements: Water, Air, Earth and Fire, each containing six preludes. The keys of the Preludes follow a tradition established by J. S. Bach in The Well-Tempered Clavier.

As well as being a gifted composer, Cowie is an imaginative graphic artist. The accompanying booklet includes four of his full colour pictures. These combine painting with music script relating to pieces on the CD. Cowie includes music in his pictures, and so his music is driven by powerful pictorial influences.

Having been a wide-ranging traveller, Cowie’s Preludes take us on journeys to places (place for him is crucial) right round the world. The final six pieces labelled Fire start with a sunrise on Loch Carron in Scotland and end with a sunset on Dartmoor. Bush fires in Australia, a home fire in Kent and New Year fireworks in Germany are also painted by the music. The third book, Earth, starts with Uluru (Ayres Rock) along with Glencoe and the Shenandoah Valley. Cowie takes us here, there and everywhere, does he not?

His imaginative gift is unparalleled. In the book labelled Air, he includes a gale in Cornwall, twisters in Australia, raptor birds wheeling in the skies of Portugal, and falling autumn leaves in a Devon park. How astonishingly different are all these? Yet they all share the idea of ‘Air’.

Scalic passages, often very fast, powerful chords, and two part counterpoint, create the formalities of Bach-inspired travel through the musical keys, while with his stunningly wide ranging variety of dynamics, tempi, intensity, pedal sustain or staccato Philip Mead not only achieves technical brilliance but as the composer writes, ‘He literally ‘flexes’ notes as a painter would brush for colour on a palette of many colours’.

Compare the opening Prelude in Water: O Brook with its delicate purling runs with the sense of immensity created in No. 6, Tennessee River. These Preludes take us on a Bach inspired musical journey, but also to so many colourful places round the world and the many things Cowie witnessed there.