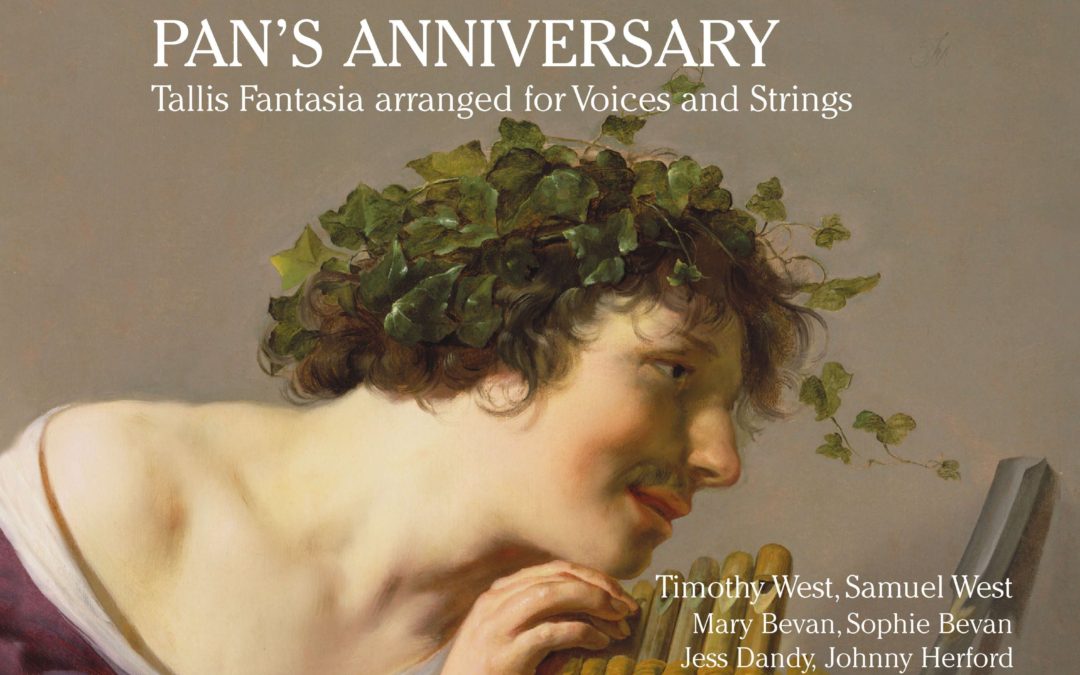 Pan’s Anniversary is a masque written by Ben Jonson, originally designed by Inigo Jones. It was first performed for the court of James I in 1621. It was revived in Stratford-upon-Avon in honour of Shakespeare’s birthday in 1905. The original music was lost, so a new score was composed by Ralph Vaughan Williams which included some sections by Gustav Holst.

‘Traditional’ music is included and there are four Hymns to the God Pan featuring the three superb female soloists with choir and orchestra, all composed by Vaughan Williams. I was particularly taken with the contralto. Vaughan Williams was at work on The English Hymnal, possibly why the second of these, Pan is Our All bears an imprint echoing the tune of For All the Saint.

All four Hymns are wonderfully richly scored. Jonson’s request for Loud Music is delivered strikingly by brass fanfare-like compositions. Much of the music also bears marks of English folk music, also one of Vaughan Williams’s specialities.

Thomas Gould plays three traditional fiddle solos for the Antimasque.  However, I particularly enjoyed The Revels which is really a short folk song suite composed by Holst and which ends with an exciting setting of The Lost Lady Found. This also appears in the finale, also by Holst.

The two actors, father and son. Timothy and Samuel West deliver their lines, whether poetry or prose, with admirable clarity and regarding their rhythmic delivery, with marked musicality. This world première recording is followed by several others. There are two early choral settings Peace, Come Away and To Sleep! To Sleep! with beautifully dark coloured choral and orchestral writing. Johnny Herford sings the later setting of Margery Wentworth with poetry by John Skelton.

A short verse from Archbishop Parker’s Psalter Why Fum’th in Fight by Thomas Tallis leads into Timothy Burke’s arrangement for voices and strings of the famous Fantasia on a Theme of Thomas Tallis. I probably still prefer the original orchestral setting by Vaughan Williams but Burke’s vocal scoring with stratospheric sopranos is actually rather magnificent. It made me think of the sun streaming through a multicoloured cathedral rose window!