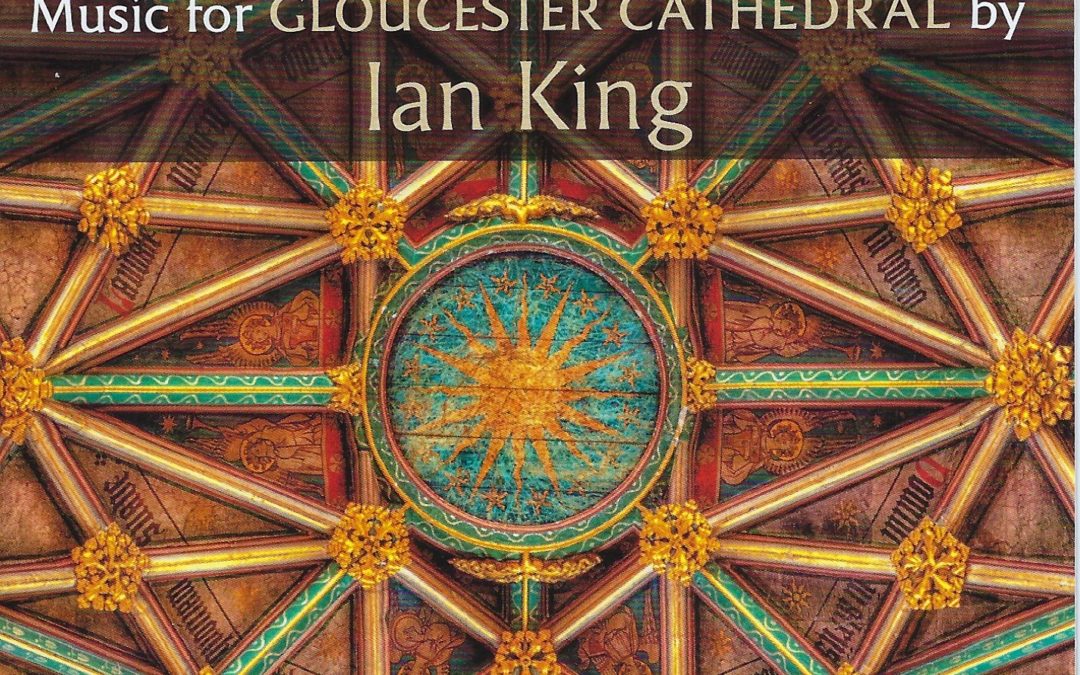 These first recordings of 19 sacred choral works with organ accompaniment most sensitively played by Jonathan Hope, include eight pieces which could be regarded as lying firmly within Anglican tradition, in particular regarding their settings of long-established sacred texts.

Also included are the seven parts of King’s setting of the St. John Passion and all stand out as new and unexpected. These include O clap your hands the epitome of, dare I say ‘happy clappy’, in the best possible sense. Then there are the two parts of The Gloucester Girls Service with gentle organ above which the voices of the Girls Choir soar with limpid purity delivering the texts with unequalled clarity.

The texts of the St. John Passion are very extensive in narrative content delivered as recitative. Ian King enlivens these by dividing them between three different voices, tenor, bass and alto. Character parts include Peter, Pilate and other smaller parts meaningfully sung by choir members. Best of all are the words of Christ where the splendid baritone soloist is backed by gently hummed background choir voices.

However, the work that really struck home to me was The Christmas Truce, King’s setting of the words of a powerful, almost filmic poem, by Carol Ann Duffy. It tells the story of how British and German troops in the first world war at Christmas broke off the fighting to sing carols, exchange gifts and play football. Ian King’s music brings the whole event wonderfully to life, the horror of the trenches, the music of the carols in the background and the song of the narrator melting into spoken words. I felt I was really there, but glad I was not.

The St. John Passion comes to a sudden end crying out for a choral denouement. The CD gives us King’s Almighty God, give us grace. It works perfectly.