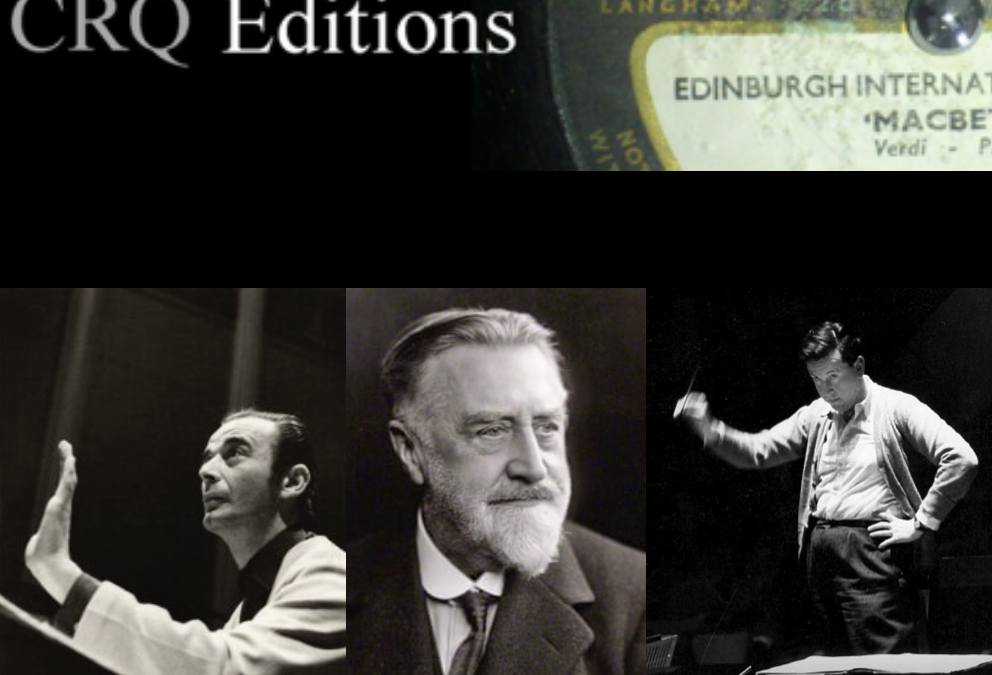 CRQ Editions, a specialist download and streaming site devoted to the re-release of unusual out-of-copyright recordings which are of interest to collectors world-wide, has recently released several recordings of British music of interest.

These include the following:

Sir Arnold Bax’s Third, Fourth & Fifth Symphonies and The Tales the Pine Trees Knew recorded by the BBC between 1965 and 1984. This was a time when Bax recordings were few and far between. These performances yield little to their commercial competitors in command of atmosphere and idiom.

A re-release of Arnold’s famous 1958 recordings made by the American audiophile label Everest. The composer conducts the LPO in two key works. An excellent combination of authoritative direction and superb sound.

Among the most sought-after Sir Granvile Bantock recordings are the six sides that Bantock himself conducted for the Paxton label in 1945. This includes the Comedy Overture to Aristophanes’ The Frogs, Two Heroic Ballads, Two Hebridean Sea Poems and the Processional from King Solomon.

These are available for streaming or download from CRQ Editions at Bandcamp – explore the catalogue.