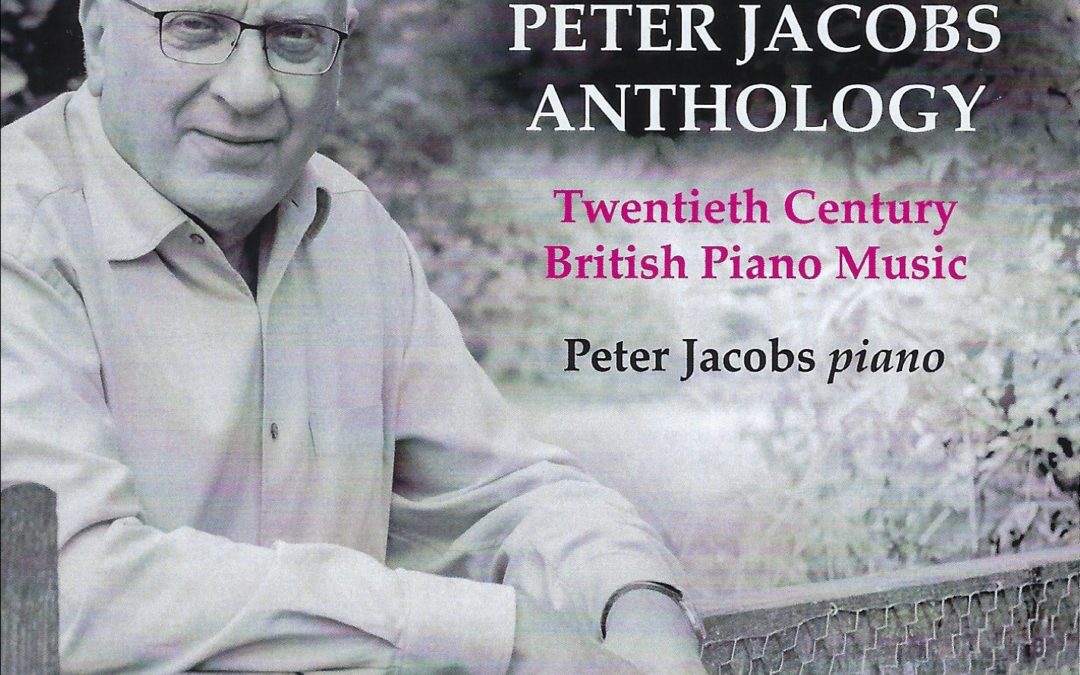 Peter Jacobs has a long and eminently honourable record of championing English piano music, from the days when it was even less fashionable than it is now: so, if anyone has earned the right to record an anthology of personal favourites, he has.

Few of his choices are well known, though a few, eg, Howells and Bax have at least been recorded before, and the Kashmiri Love Song is still familiar as Pale Hands I Loved.

Rather than comment on all 26 tracks – full listings easily found online –  I will just mention some of the more notable. It’s good to start with a lively piece from the still too little-known Martin Shaw, and a very lyrical piece by WWII casualty Walter Leigh.

John Mayer – quite a big name in the 70s and 80s – takes us very far from familiar territory with three very brief Calcutta-themed vignettes. Mátyás Seiber still rings perhaps the most “modern” sounding note, though Bliss’s rather discordant Polonaise is a reminder that he was once too considered daringly angular.

Raymond Warren is a new name to me, though I am afraid I found his Monody rather too aptly named. I have always been somewhat resistant to Britten’s music, but the Moderato from his Sonatina Romantica has the virtue (or vice) of being naggingly memorable.

A single-minded, if rather Mendelssohnian, Presto Agitato by Sterndale Bennett sits sightly oddly among its C20th neighbours, but it is enjoyable, as is a winsome and skittish early Scherzo by Parry.

What would have become of William Baines, had he survived an earlier pandemic? Three of his richly coloured and ardent Preludes bespeak a wildly individual voice among the folksong-drenched modes of his contemporaries; would he have become an English Scriabin?

If you have yet to explore the vast output of Ronald Stevenson’s transcriptions and folksong arrangements, here are four tiny tasters. My personal favourite on the disc is Humphrey Searle’s wintry Vigil; more austere than his vivid orchestral works, it is a muted but deeply felt processional lament.

Perhaps none of these works is a masterpiece – though some make high claims for Bax’s gloomy Winter Waters – but all are eminently worth rescuing from neglect. It goes without saying that the performances are impeccable, the sound is excellent and the notes informative. Recommended.