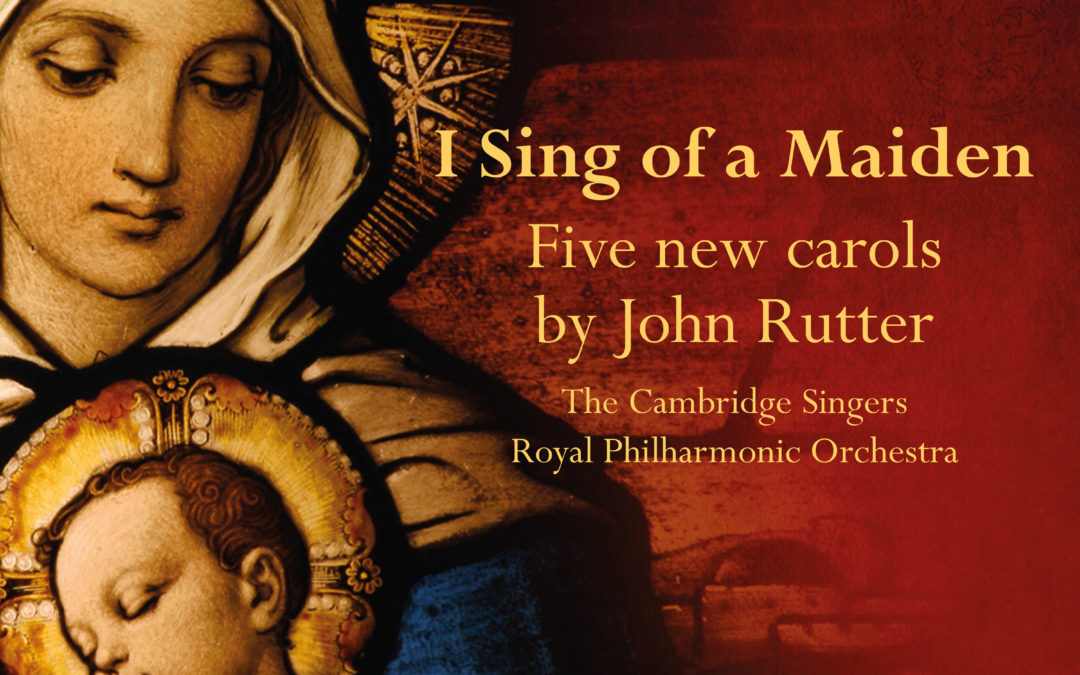 Composer and conductor John Rutter has recently released five new Christmas carols including a new digital recording of I Sing of a Maiden.

The carols have been recorded by The Cambridge Singers and the Royal Philharmonic Orchestra, and conducted by John Rutter.

I Sing of a Maiden will be the first new Christmas release recorded by John himself since A Christmas Festival in 2008.

John, pictured above conducting, said: “I have been composing and arranging Christmas carols ever since I was a teenager – the Shepherd’s Pipe Carol was the first published one – and hardly a year has gone by without adding a new one or two to the list.“

I Sing of a Maiden brings together four of John Rutter’s latest composed carols, together with a recent arrangement of the lovely old German carol Es ist ein’ Ros’ entsprungen.

For this new recording John was reunited with his own Cambridge Singers and joined by the Royal Philharmonic Orchestra: ‘

“We hope it will bring seasonal cheer to all those who have enjoyed our previous Christmas albums – and perhaps win some new friends too.” added John.