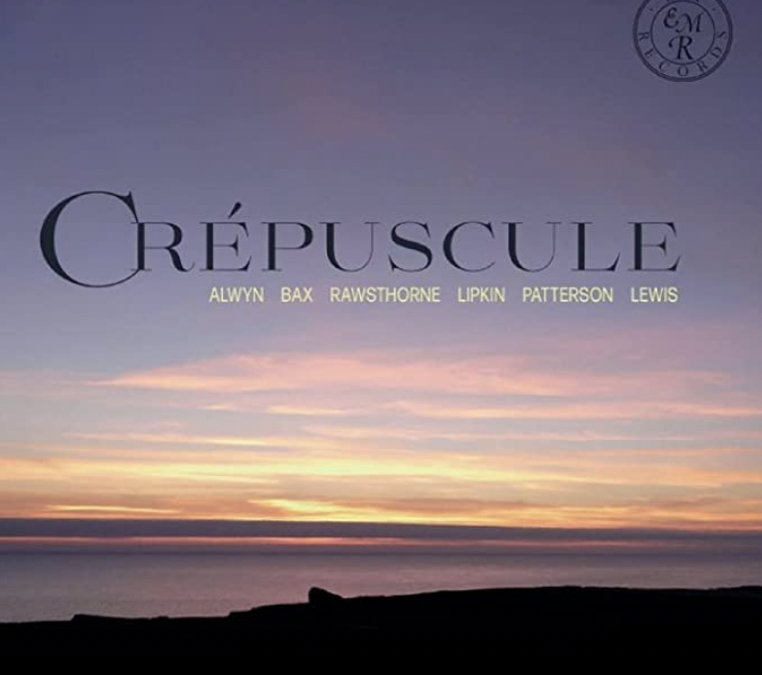 Both Bax’s ravishing Elegiac Trio – with its haunting opening viola theme – and Alwyn’s Naiades (alternately rippling and jaunty) are old friends from way back LP days. On this CD (which also includes five première recordings) both receive performances quite the equal of any distinguished predecessor.

Alwyn’s harp concerto Lyra Angelica is a favourite with many; so perhaps it’s unsurprising that his richly melodic Crépuscule for solo harp (1955) manages to plumb real depths of feeling in its three and a bit minutes: by comparison his early Two Folk Tunes for harp and viola are straightforwardly, well, tuneful.

Rawsthorne’s 1968 Suite is a deal less astringent than much of his more severe chamber music; indeed, the finale might even be described as skittish, reminding us that for all his somewhat dour image, this was a composer with a sense of humour.

It’s always good to hear more of Malcolm Lipkin. In places his 1982 Trio tends somewhat to wrong-note lyricism. The first two movements at least are searching, and sometimes acerbic. This is probably the work that requires the most focussed listening; however, the finale, by comparison, is immediately assimilable and enjoyable.

Paul Patterson’s Canonic Lullaby is every bit as soothing as the title suggest, without ever becoming cloying. Finally, Paul Lewis’s 1992 Divertimento has its origins in memories of a French holiday, and shows it; light-hearted, maybe rather Gallic in tone (with a beautifully tender Love Song at its heart) it is shamelessly evocative of long summer days and blissful warm nights; you might even (like me) find yourself mentally picturing Monsieur Hulot wobbling precariously down sunny country lanes…

Production – performances, sounds and packaging – is in every way up to the usual high standards of the label: the final result is 77 minutes of vivid listening pleasure.