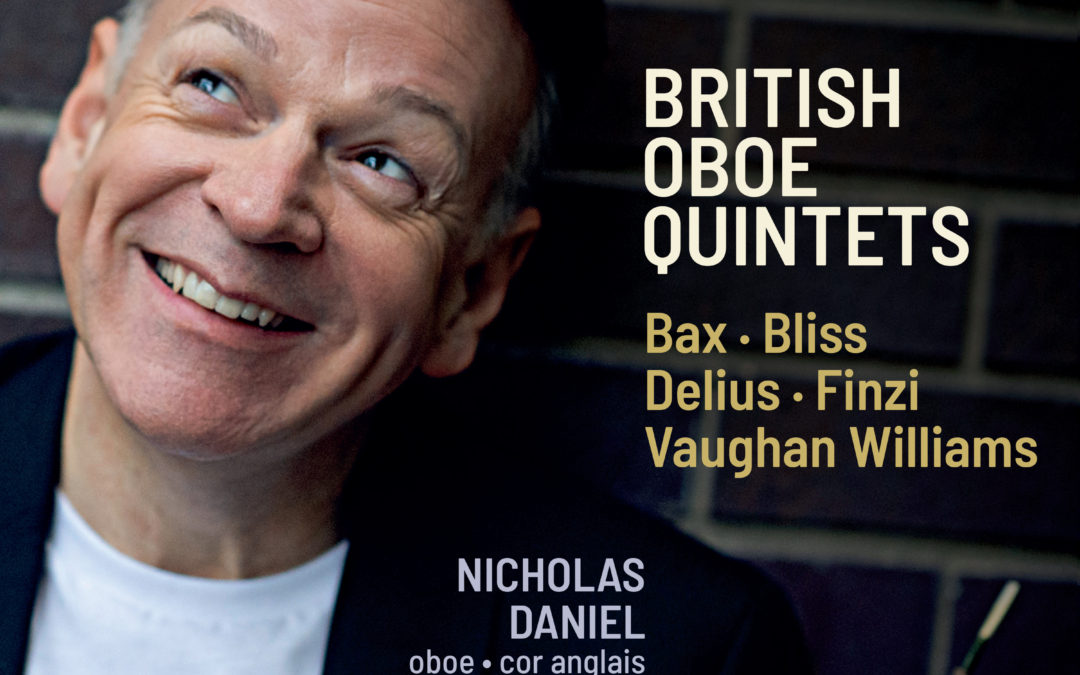 The first thing to realise here is that only three of these five works were originally conceived for this combination – Arnold Bax’s three movement Quintet of 1922, originally written for the immortal Leon Goossens, Gerald Finzi’s Interlude Op 21 completed in 1936, written for Sylvia Spencer but first played by Goossens, and Arthur Bliss’s three movement Quintet, the longest work here, written in 1927, also for Goossens.

The other two works are, first, Vaughan Williams’s Six Studies in English Folksongs of 1926, originally composed for cello and piano, but arranged dexterously, I think, by Robert Stanton for cor anglais and string quartet.

Secondly, we have Delius’s Two Interludes from Fennimore and Gerda, his opera completed in 1910, and arranged for this combination back in 1977 by no less an authority than Eric Fenby (who had orchestrated the Intermezzo from the opera).

This performance especially demonstrates the elegantly nuanced beauty of Daniel’s tone, enhanced, he says in his booklet note, by the fact that he proudly plays, for just this work, Goossens very own 1911 Lorées oboe.

The Bax Quintet taps into Goossens’ famed lyrical tone with the use of melodies strongly informed by Irish folk music, with the use of modes, especially in the middle, slow movement, and in the jig-like finale, which one wishes was a little longer. The string writing is well worth careful scrutiny of the textures and colours demanded made by the composer.

Gerald Finzi’s Interlude is perhaps the best-known work on this disc, although you might know it in the version Finzi made for oboe and string orchestra. It is mostly meditative but there is an exciting ‘poco animato’ section at about half-way.

Arthur Bliss’s Quintet is the longest work here. It was commissioned by that amazing musical benefactress Elizabeth Sprague Coolidge. It falls into three movements each with a variety of tempi. It is an eclectic work but with modal and folksy elements in the middle movement (Andante) and in the finale subtitled Connelley’s Jig.

I cannot fault these performances. Daniel is a well known as a fine and sensitive oboist, and the Doric Quartet accompany perceptively, but they also know when to lead the interpretation.

The disc is beautifully recorded throughout and has very useful booklet notes by Mervyn Cooke and Nicholas Daniel. Therefore, apart from the silly photo of Nicholas Daniel on the booklet’s cover, I cannot recommend this disc too highly.