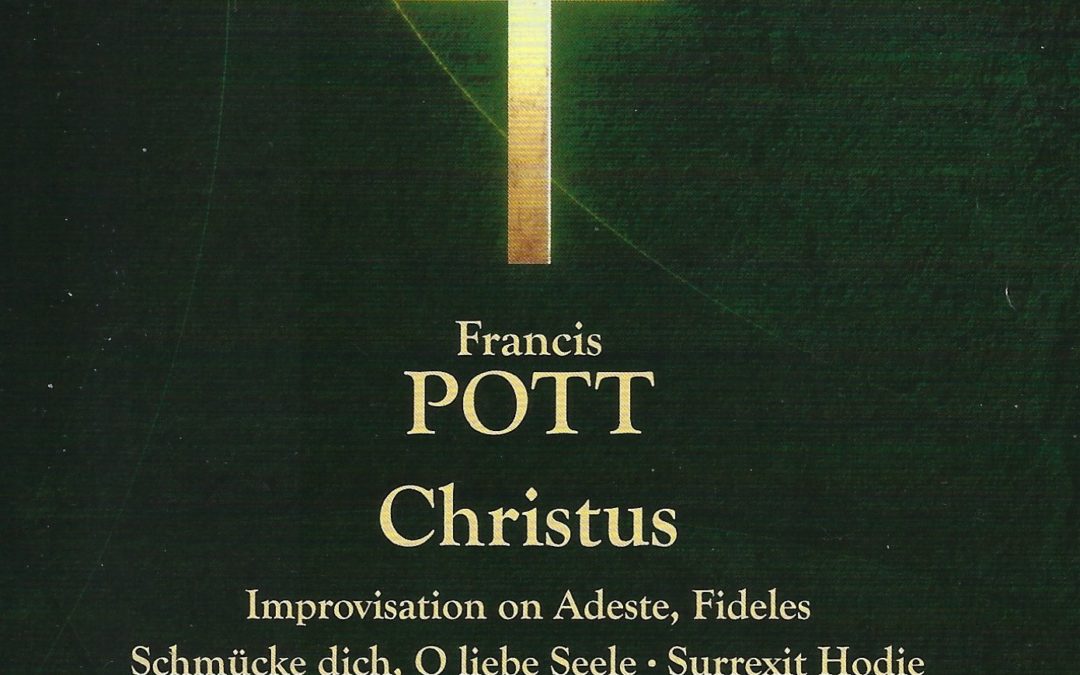 This current Naxos release is the third commercial recording of Christus by Francis Pott following on from the World Première performance by Iain Simcock in 1991, and a live performance in 1997 by Jeremy Filsell.

Tom Winpenny’s 2020 performance on the organ of St Albans Cathedral, where he is Assistant Master of the Music, was recorded over three days with the composer in attendance.

On the CD Christus is described as ‘an Everest of the organ repertoire’ – a Passion Symphony on a gargantuan scale. With its five movements covering almost two hours of music, monumental is certainly the word. The very detailed accompanying programme note by the composer suggests, although he does not quite say so, an advanced knowledge of musical structure, and indeed Christian theology, to really come to terms with the work.

For the ordinary listener, perhaps his final comments, that the work, composed over some four years, was influenced by the death of his father and also the two Iraq wars will suffice. In the accompanying leaflet, the composer has also printed poetry which inspired him during composition, including words by Thomas Merton (1915 – 1968) and Dylan Thomas.

The two outer movements Logos (the coming of Christ) and Resurrectio are the longest, both lasting over thirty minutes. The first presents a four-note theme which binds all five movements together in an astonishing range of organ colours, textures, and constantly evolving structures harking back to a whole world of organ music including Messiaen and other twentieth century composers.

In Logos a constantly striving counterpoint leads from a stark opening to a gloriously rich and satisfying conclusion. The darker and sometimes unsettling central movements tell the story of Gethsemane, Golgotha and the entombment, leading into the brilliant final movement which starts rather like what French organists call Une Sortie, then opening out into huge, sometimes alarming chords, then lighter transparent music on flute stops, before a fantastic conclusion (Fantasie) which piles in everything that the brilliantly virtuosic Tom Winpenny and his glorious St Albans Cathedral organ have to offer.

Symphonic structure, a huge range of organ styles and sound possibilities of the instrument are all woven together in this epic work. The CD also offers three very fine shorter works by the composer. Fantastic value!