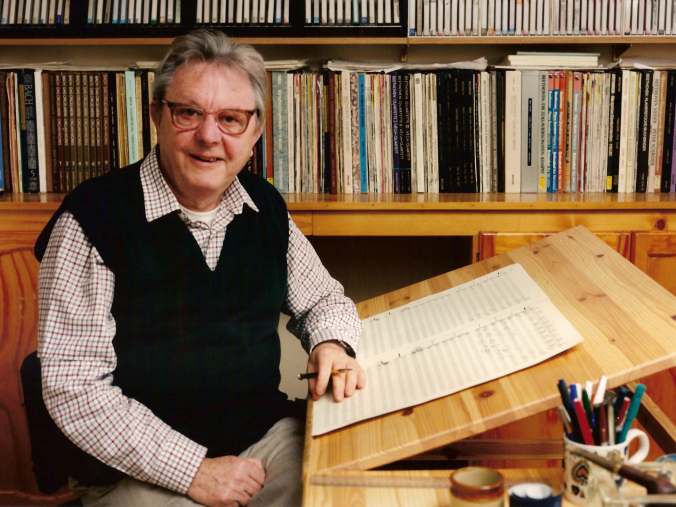 2021 marks the centenary of the birth of Robert Simpson in Rosefield Street in Leamington. So it is fitting that his music should be celebrated as part of this year’s Leamington Music Festival Weekend 23-26 September.

Simpson wrote 11 symphonies, 15 string quartets, and concertos and chamber music for a range of soloists and groups.

The Coull Quartet, which premiered a number of his works, opens the weekend with a performance of his first String Quintet which they premiered in 1987 and recorded for Hyperion.

Pianist Mark Bebbington will perform his Variations and Finale on a theme of Haydn on the Saturday and Organist and Director of Music from St. Andrew’s Episcopal Cathedral, Aberdeen, Christopher Cromar, will perform Eppur si muove later that day.

The festival closes on the Sunday with The Dante Quartet and a performance of Simpson’s Quartet No 8 from 1979. This work shows the composer at his best in an attractive, powerful and gripping work which, dedicated to an entomologist, includes a most intriguing depiction of the mosquito.

Find out more at the Leamington Music website at https://www.leamingtonmusic.org