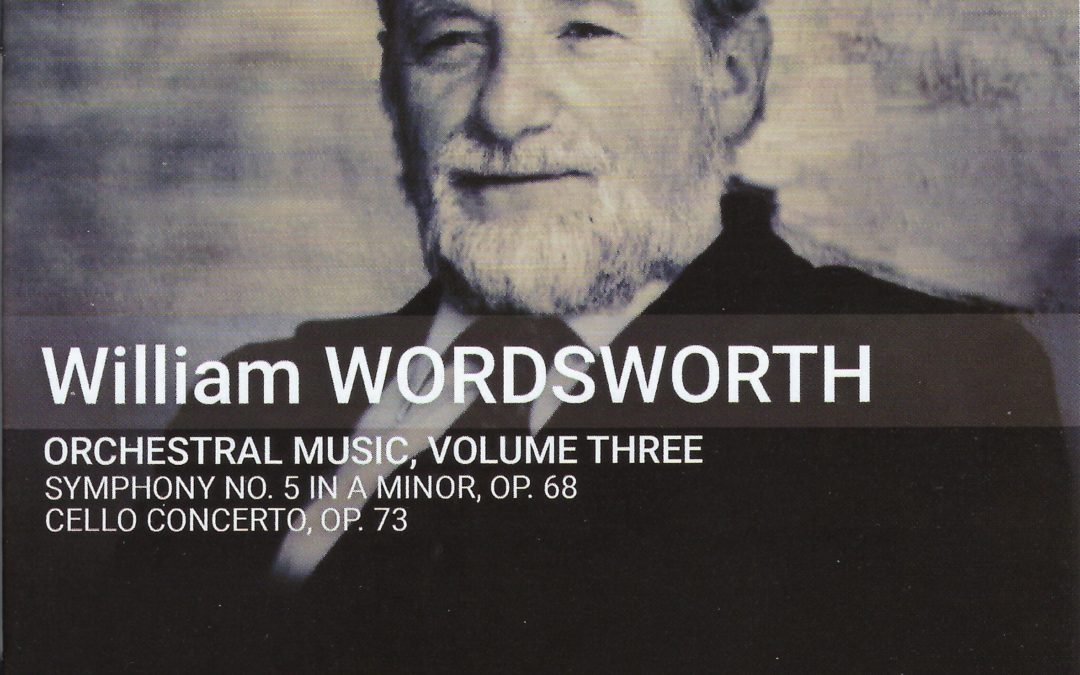 I have known Wordsworth’s Cello Concerto from a venerable BBC broadcast without ever being quite engaged by it, so this CD première from (among others) our very own Vice Chairman seemed a perfect opportunity for re-evaluation. The good news is that performances and sound quality are all that could be hoped for; however, I still struggle to locate the real intent of the piece.

The long self-communing first movement seems to offer little more than an atmosphere of generalised gloom alternated with some rather laboured fugal writing; but neither the basic musical material nor its development strike me as very interesting or (even after repeated hearings) very memorable.

The brief second movement is a real beauty of glinting iridescent half-lights, though it seems to be over before it has ever really got going. The finale opens with a rather forced jauntiness, but alas, before long the music drifts into another somewhat listless fugue and I wondered if the composer really had his heart in the piece. However, Wordsworth remains an eminently substantial figure, so I certainly shall keep trying…

I have also long known the 5th Symphony from a broadcast (now available on Lyrita) and the first movement is one of the composers finest; a ravishing Borealis landscape, a kind of Tuonela writ large (and without the swan). If Robertson on Lyrita finds slightly more expansive mystery, the polish of the Liepaja orchestra and the clarity of the recording bring their own rewards.

The knockabout scherzo might recall both Prokofiev and Arnold, and as such shows a quite different side to a sometimes painfully diffident figure, though I did wonder if the performance could have been a shade more manic. Even if the pace flags once or twice (more fugal writing!) the big-boned finale carries the work through a series of closely-argued variations to a convincing if wrenching climax.

Others may find more in the concerto than I do, but either way this is clearly a must for collectors of this marvellous cycle (and it is wonderful that Vol. 4 is already in the can), as well as for anyone seeking a rugged mid 20th century symphony that reeks of integrity. (Years ago I had a now-lost cassette of two Wordsworth string quartets, so can we hope that someone somewhere is looking at the chamber music too?)