VOYAGE OF A SEA-GOD 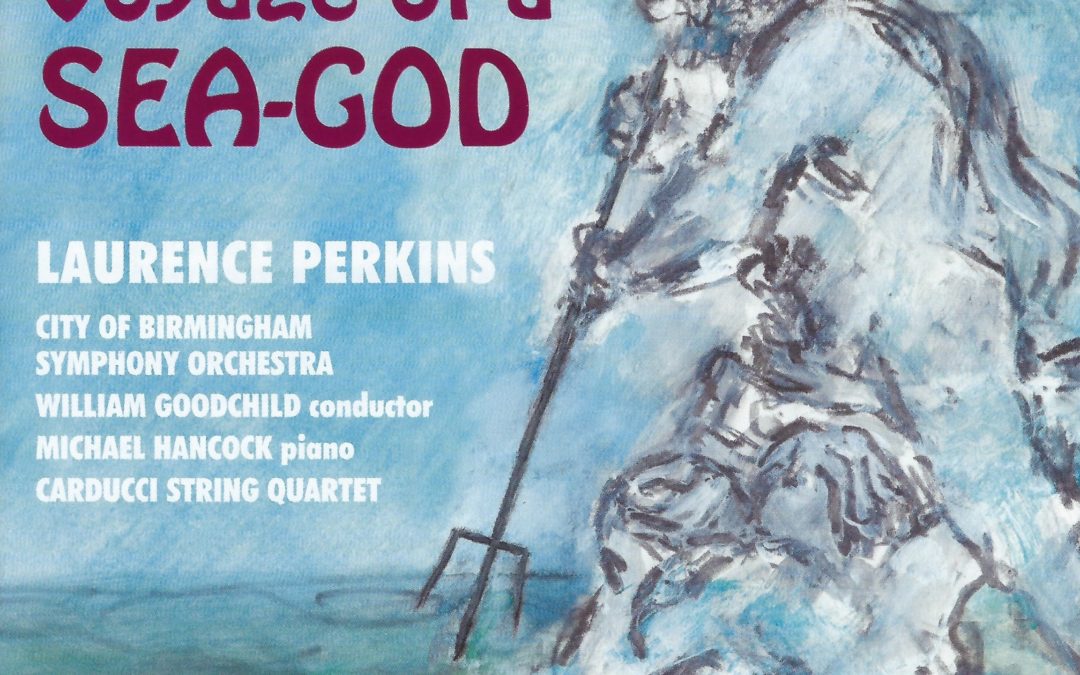 The programme here follows the repertory for bassoon on its interesting journey from 1900-1999. Most, but not all, are by British composers, or British by adoption.

Beginning in 1900 with Richard Henry Walthew and ending in 1999 with David Bedford, the intrepid musical journey undertaken by Laurence Perkins and friends celebrates the extraordinary versatility of the twentieth century bassoon. None of the works mention a ‘Sea-God’, the name coming from writings by Sacheverell Sitwell.

Here we have a selection of the bassoon trio movements and what fun they are. The first is a lament with a distinct bagpipe feel to it. The second, drawing on the witches’ dance from Act IV Scene 1, is a, perhaps, tongue in cheek fantasy on the Dies Irae, a witches sabbath for teddy bears. Bax’s 1936 Threnody and Scherzo for bassoon, harp and string sextet, is a wonderfully scored imaginative work that has the makings of a concerto rather than an occasional piece, if only he had extended it.

Disc 2 is made up of more substantial works by British based composers.  Elizabeth Maconchy called her 17-minute work concertino rather than concerto, but it is not light-hearted or frivolous. It was written as a showpiece for the great Gwydion Brooke and the bassoon is certainly put through its paces.  Mr. Perkins is more than up to its difficulties.

Andrzej Panufnik’s concerto of 1985 is to this listener as hermetic as his other works. Dedicated to the memory of murdered Polish priest Jerzy Popiełuszko.  Mr Perkin’s notes praise the work highly, but I found its world of disjointed articulations and gestures very difficult to enter.

Not so Richard Rodney Bennett’s Bassoon Sonata most gratifyingly a work for bassoon and piano and not bassoon with piano. The two instruments share the wonderfully lyrical material as partners. The work is a marvellous synthesis of Bennett’s two styles the serial and the tuneful. There are spikey chords in the piano but nothing that would scare a jazz aficionado while the bassoon is generally smoothly seductive. Mr Perkins tone in the high register is exemplary.

The disc ends in 1999 with the imaginative and much missed David Bedford’s solo work Dreams of Stac Pollaidh. The inspiration for this piece which was written for Mr. Perkins, and which he played at Bedford’s memorial celebration in 2012, is Stac Pollaidh the mountain itself, and the Scottish pibroch, beloved of Highland bagpipers. The gentle dream- like work provides an elegant and poignant end to the programme.

The discs come with copious notes on 20th century history and of course the music. None of the music seems involved with the, generally, traumatic events of that difficult century, rather they occur during it. None of them are challenging as much 20th century music is, so it is a highly selective survey.

But that said, the disc does show just what a versatile instrument the bassoon is, capable of, which is so much more than The Sorcerer’s Apprentice.