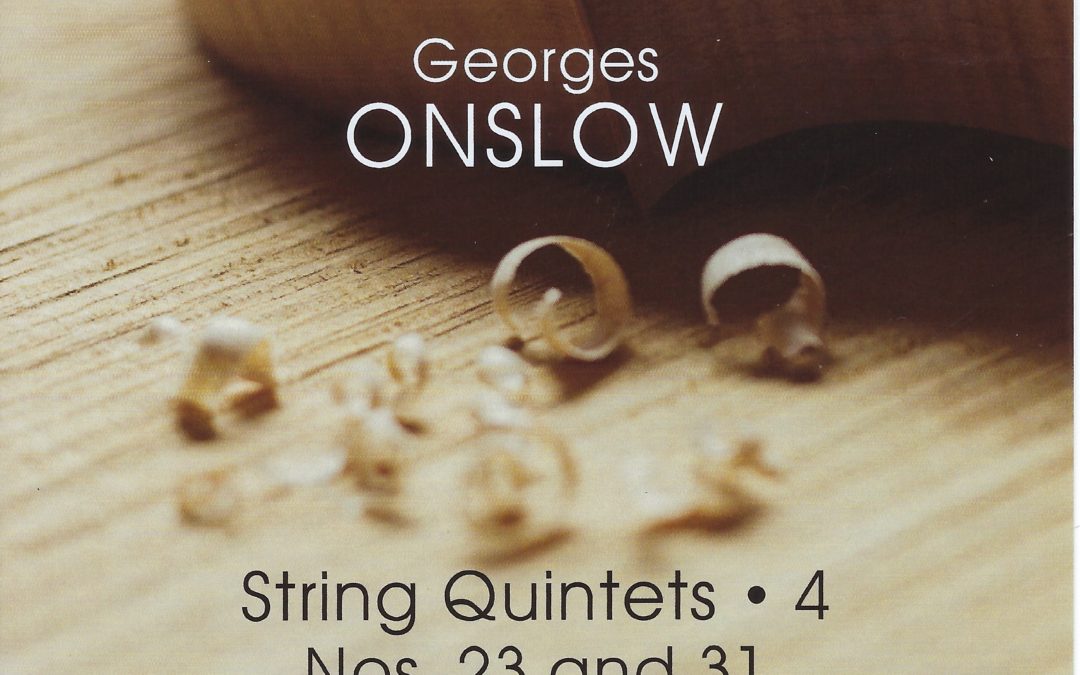 This disc is another stimulating exploration of the early 19th century chamber music repertoire.  Georges Onslow, despite his aristocratic English lineage, demonstrates a highly professional command of the classical chamber ensemble.

This present disc is part of Naxos’ continuing series which delves into the chamber music repertoire of the period.  The composer featured, as the liner notes make clear, is one of a family of four siblings exiled from England to central France.

As is obvious from this disc Georges was a musician of considerable talent, and had a number of notable teachers among them the Bohemians Dussek and Reicha as well as the virtuoso pianist Johann Baptist Cramer.

Onslow created, it appears, a prodigious output in a variety of genres although he particularly favoured smaller scale works: songs, piano pieces, works for wind ensemble. There are 36 string quartets and, of particular interest here, 34 string quintets(!)

To begin with the early quintets were scored for two violins, viola and two cellos but subsequently works for quartet and double bass were introduced.  Two of these works – Op 75 in A major and Op 31 in A minor – are included on this disc in world première recordings.

The music is, as Stephen Pettit writes in The Times, “beautifully crafted in intent”.  These qualities are immediately apparent, for example, in the first movement of the A major work where the musical language is strongly Mendelssohnian in flavour.  As the movement proceeds the presence of the double bass becomes increasingly evident.

The second movement is a playful scherzo which contrasts with more serious material elsewhere.  In particular, there is a touchingly profound andante sostenuto which is followed by a walking bass articulated by cello and double bass in octaves.

The Schubertian fourth movement skilfully employs a variety of textures demonstrating once again the composer’s confident compositional skill and originality.

With the Elan Quartet, the bass player Matthew Baker and the Naxos engineers, this beautifully crafted CD is enhanced by performances and recording of the highest quality.  All in all we have here a disc that more than does this fascinating and original music justice.