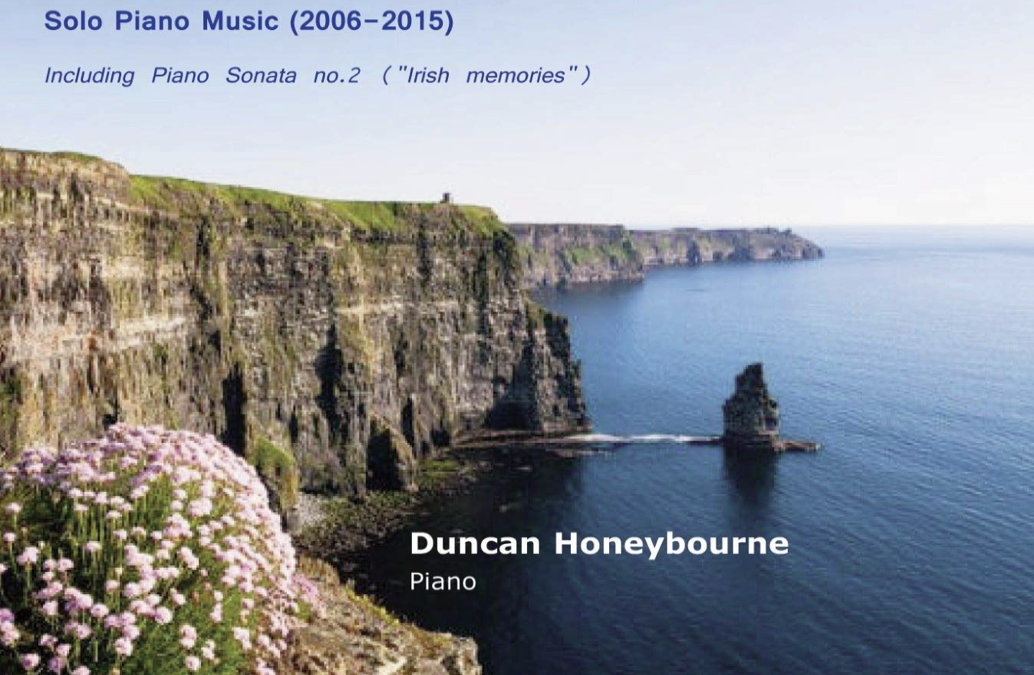 Richard Francis, born in 1946, spent much of his musical life as a church organist in the picturesque Shropshire town of Ludlow. In addition, he was director of music at a school in the town. This CD of his 21st century solo piano music opens with his second piano sonata, Irish Memories. It uses two Irish folk melodies, one of them, Slane being the tune commonly used for the hymn Be Thou My Vision.

Perhaps it is his time as a teacher of music that shapes the Sonata, because the opening movement is in a sense explanatory. It is a short ‘Nocturne’, slow and transparent that introduces the theme that will run through the work. A busier central section hints at what is to follow.

That is the second movement, really the beginning of the sonata proper: it is excitingly virtuosic, its fast chiming chords and dizzying runs performed with great élan by the splendid solo pianist, Duncan Honeybourne.

Slane is played simply, followed by four short variations, almost movements on their own, though very short. They alternate between forceful entitled Aggression, or gentle like Tranquillity.

A jolly dance-like scherzo with a gentler central section leads to a spicy final movement which uses an Irish folk melody that keeps the idea of dance alive. That tune dissolves magically into a reminiscence of the opening Nocturne bringing us right back home. If the music itself harks backwards in style, the structure of the piece is unusual, adventurous even.

Grand Concert Variations on a theme of Greville Cooke (1894-1989) is a set of six variations on another hymn tune, ‘Golden Grove’, composed by Cooke in 1944 and to be found in the 1950 edition of Hymns Ancient and Modern. These include a two-part invention, a rousing march and to finish, a three-part fugue.

More Characteristic Pieces for Piano has 10 short pieces which live up magnificently to colourful titles like Jack-in-the-box, Seaside Jaunt and Painted Sky.

All the music on this CD, but in particular these pieces are tuneful and easily approachable, some quoting children’s songs.  Here, each one would make an uplifting closing item to any piano recital.