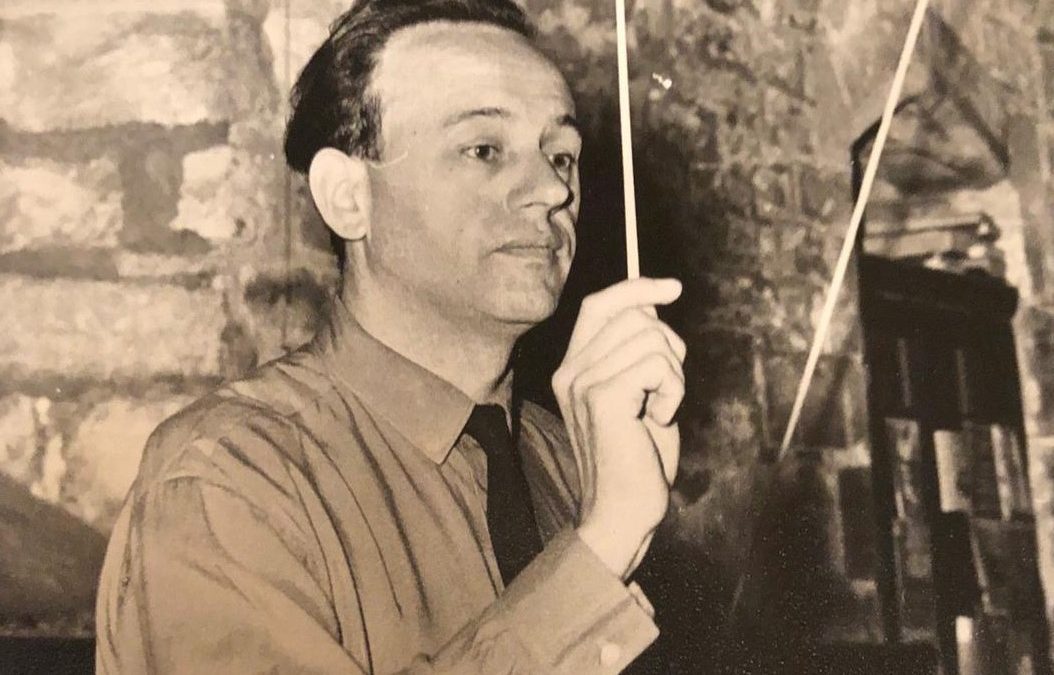 In the words of his daughter: ‘He was a remarkable all-round musician, a fine composer, well respected conductor, as well as a dearly loved husband, father and grandfather.’

He played French horn with several British orchestras, and regularly conducted the various BBC staff orchestras as well as serving as Musical Director of Harlech Television for six years.

For several years he was conductor of the BBC Northern Ireland Orchestra and his enthusiasm for jazz led him to the BBC Big Band. He was Senior Musical producer at Radio 3 until his retirement.

A number of biographies were commissioned from him; these included the British 20th century composers Gordon Jacob and Patrick Hadley, and the great British violinist, Albert Sammons.

For the BMS, he contributed a small book on Arnold Cooke which was published in 1996. He contributed entries on all four to the latest edition of Grove’s Dictionary of Music and Musicians.