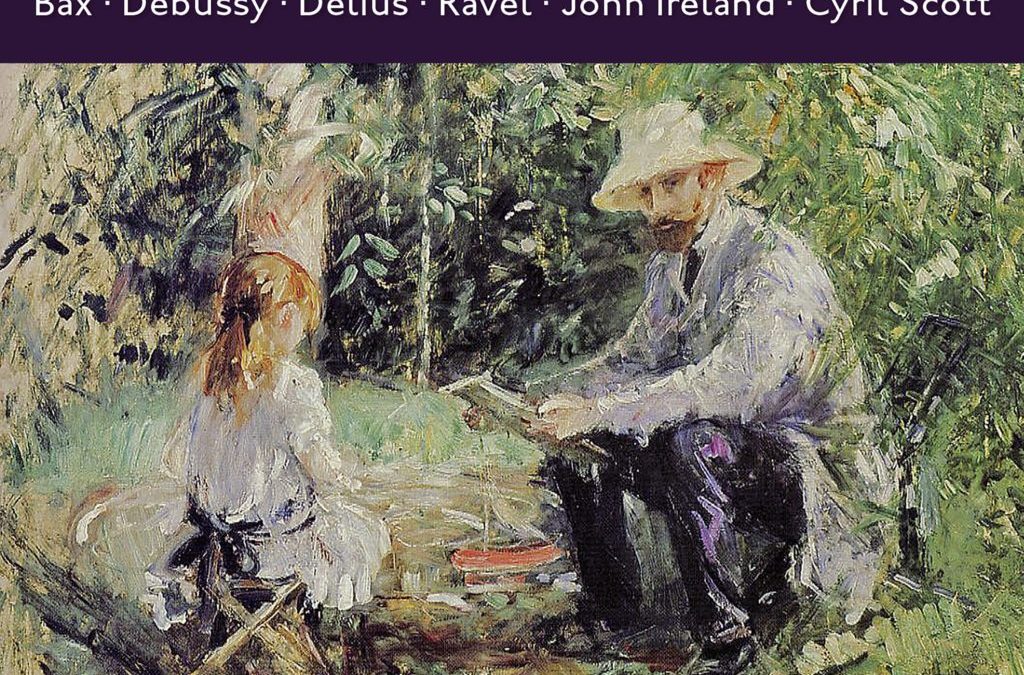 This carefully designed and interesting programme reflects the cultural warmth which developed in Edwardian times between France and England, a warmth fostered by the hedonistic Edward VII’s personal diplomacy. Thus, we have two major English violin sonatas and a French one, between which are sandwiched some shorter items.

The major work is Ireland’s first sonata in D minor. Less well-known than his second, the spectacular success of the latter work helped draw attention to its predecessor. It won the Cobbett prize in 1909 being adjudged first out of 134 entries. Some of these (though doubtless not all) would have been worthy efforts, but what will have distinguished the Ireland is the quality and sheer memorable-ness of its invention.

Written in the shadow of Celtic Twilight and the spooky influence of the writings of Arthur Machen, its nervous energy continually holds the attention. The electrifying Druidic chords in the slow movement seem to colour everything which has gone both before and after. Needles to say these expert performers give a magnificent account of this piece.

The other major English work is the early sonata by Delius, never published in his lifetime. This may be partly, the liner notes suggest, because of the unusual key of B major with its five sharps. There are intriguing foreshadowings of the mature composer, but the main debt is to Grieg with some Brahmsian heft.

Again, the performance is excellent. It is pertinent to note that both Ireland and Delius were approximately the same age when they wrote these sonatas, but that Ireland has easily the most mature musical personality.

The French sonata on the disc is Debussy’s spectral, death-haunted work of 1916-17. I loved the mastery of phrasing and pacing of this performance, though at times the violin seemed a little too reticent.

There are five shorter works on the disc. Cyril Scott’s arrangement of Cherry Ripe, and a Valse Caprice receiving its first recorded performance. The latter is more interesting than the decidedly naff arrangement of the 18th century popular song, which, by the way, is not a folksong as the notes suggest, but a composition by one Charles Horn – you can find the original on Google!