TAVENER: No Longer Mourn for Me 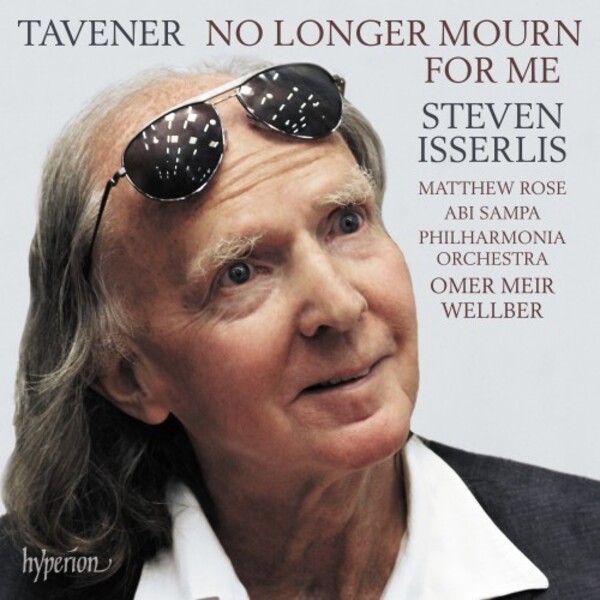 The distinguished English cellist Steven Isserlis was a long-time close friend of the composer Sir John Tavener. He has arranged two of the five works on this CD, originally vocal compositions, for eight cellos.

One of these is the opening work, Preces and Responses. It features Isserlis as the voice of a priest or cantor whose supplications are responded to by the cello ensemble. The emotional charge of the prayers is underlined by subtly varied dynamics.

It is followed by a work that stands out as disturbingly different from Tavener’s often pacific style. The death of Ivan Ilyich sets words from a story by Tolstoy. It is described as a monodrama for bass-baritone, solo cello, two trombones, percussion and strings. Its graphic description of pain and death is strong stuff.

Singer Matthew Rose gives a virtuoso performance across a huge range from sepulchral low notes to high falsetto, sometimes describing the scenes around the death bed, sometimes providing the voice of the dying man. I found this a rather unsettling work, especially in our current times.

I was much happier with the next piece. Mahámátar is described as a mantra. Solo cello, tubular bell chimes, a wash of orchestral strings, a distant ethereal wordless boys’ choir and a sinuous meandering melody, sung by the Sufi singer Abi Sampa, are blended surprisingly beautifully together. How to describe Sampa’s voice? If I say throaty, that sounds bad, which it certainly is not. Tavener himself had thought at one point of replacing the voice with a cor anglais – and that is as close as I can think of.

Popule meus voices the solo cello as the All Compassionate One against thunderous tympani crashes, the voices of unbelievers. Orchestral strings underline both sides at different times. The solo cello played by Isserlis mostly on the upper voice of the instrument is seductively idyllic and passionate.

The final work on the CD taken from Tavener’s set of Three Shakespeare Sonnets, originally composed for the South Iceland Chamber Choir is No Longer Mourn for Me. Although by far the shortest work, it gives its name to the whole CD.  It sounds absolutely delicious in this version for eight cellos by Steven Isserlis.