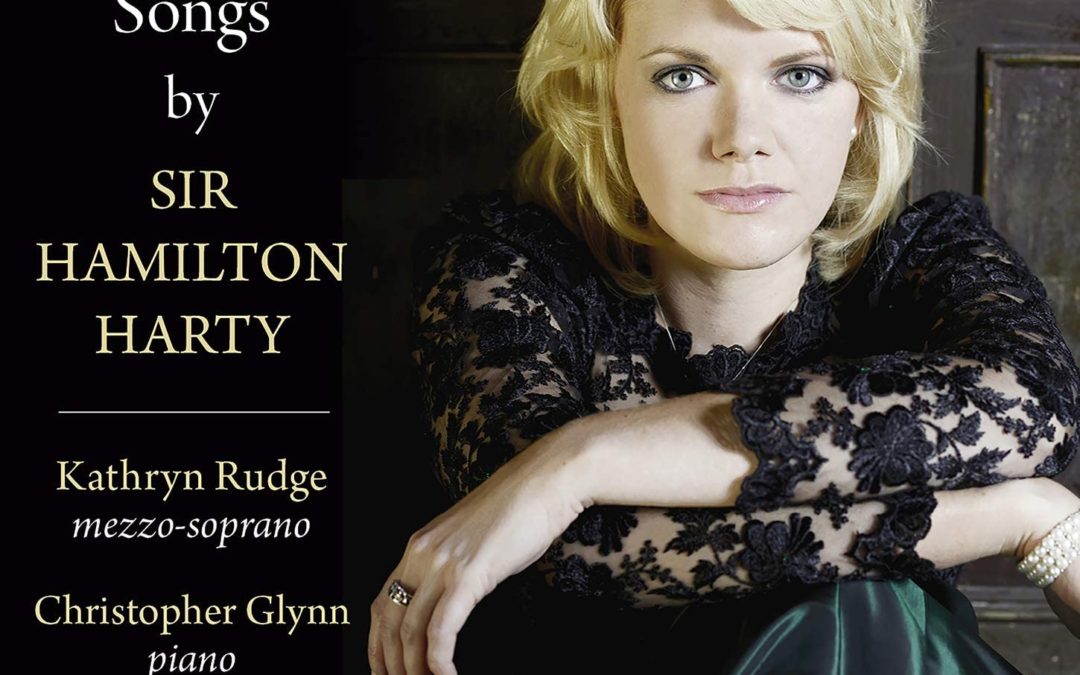 Somm has again found a fascinating niche in the market by throwing light on a composer better known for his orchestral works like With the Wild Geese. In addition, they are giving us two fine young performers.

Only the first nine songs, out of the twenty-five have ever been recorded before and they include the relatively well known, My Lagan Love.  In fact, the Irish songs come off especially well, not surprisingly as Harty was born in County Down. He favours poets like Moira O Neill and Padraic Colum. His harmonic language suitably turns modal when capturing these more Celtic moods – like his setting of Yeats The Fiddler of Dooney, creating the mood of a folk dance mentioned in the text. There are also typical Edwardian salon songs like Your Hand in Mine, Beloved, a poem of Harold Simpson.

Settings of Lettice B. Hay Shaw are not common, she died in 1904 aged just 17. Romantic harmonies  suitably enrich her ‘Mignonette’ and ‘Poppies’. Harty often sets poetry by women of his generation like Emily Lawless – The Stranger’s Grave, perhaps the pick of the entire disc, and Lizzie Twigg, Flame in the Skies of Sunset.  Richard Strauss’s influence may be discerned in the chromaticisms of ‘To the Gods of Harbour and Headland’ using a translation of a poem by the ancient Greek writer Antiphilius.

Included also are two solo piano works of great charm Idyll and Arlequin and Columbine, both perfect miniatures. Harty was a fine pianist as reflected in his exciting, indeed challenging, but imaginative accompaniments. He regarded the pianist as a collaboration.  One for whom he first wrote was the great John McCormack, and later quite successfully and consistently with Agnes Nicholls who became his wife.  From 1910 he worked with Elsie Swinton for whom he composed his Five Irish sketches like the Cradle Song and with whom he reputedly had an affair.

The text of last song Adieu sweet Amaryllis is credited in the booklet to Harty who in turn credited it to Dowland. No one seems to have realised that the words were set, famously, by John Wilbye in his madrigals of 1598.

Kathryn Rudge has rich and often quite dramatic voice. I’m not convinced that her vibrato is helpful in some of the salon songs but when she lightens up as in the more Irish examples it comes across as sensitive and sure with clear diction. Texts are supplied and each is discussed in chronological order (1903-1938) in the extensive essay by Jeremy Dibble. Christopher Glynn is finger perfect and supports Rudge with sensitivity.

To recap, just one composer, one singer but much musical variety.