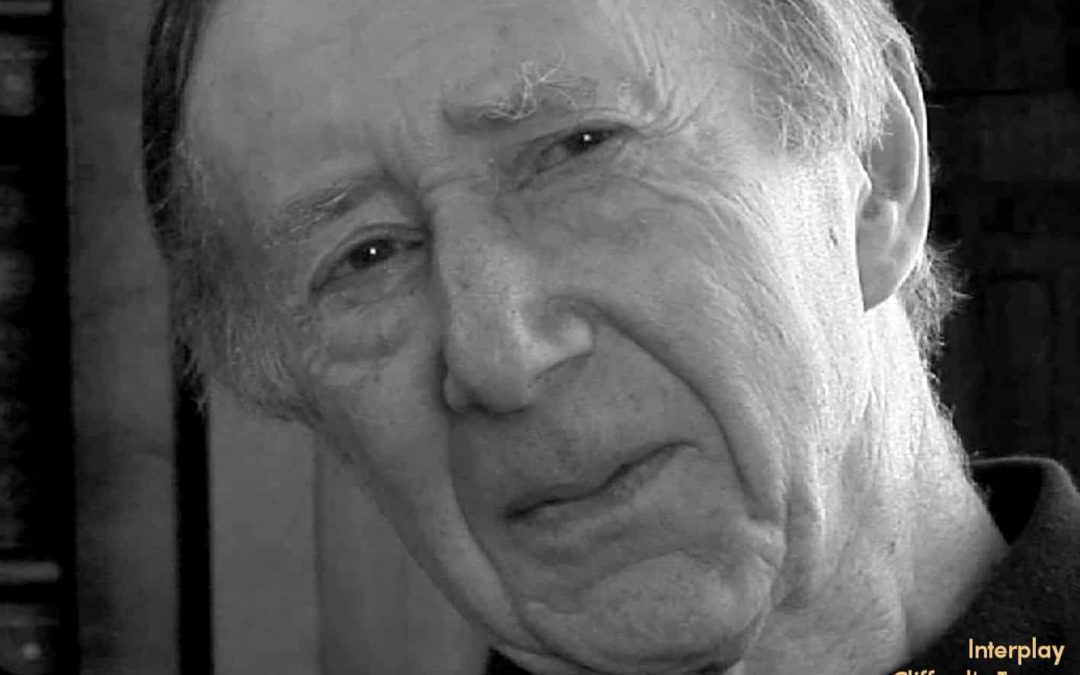 When a composer is described, as in Anthony Burn’s extensive and personal booklet essay, as ‘ploughing his own furrow’ it generally means, as I know from personal experience, that he/she has become ignored and has decided to go on his own sweet way. What choice is there and what does it matter? You must be true to yourself.

This incredibly well filled CD (weighing in at over 83 minutes) has seven works, three of which were recorded in 1986 by Hyperion and formed a now deleted LP that is Clifford’s Tower, Pastoral and the String Trio. The rest of the CD has been especially recorded by friends of the composer who have a strong instinct for his language and belief in his life’s work. For example cellist Nicholas Trygstad is accompanied by Janet Simpson in Prelude and Dance, a memorable piece composed as a tribute to Jacqueline du Pré.

Another such is the indefatigable recorder player John Turner who features in Naboth’s Vineyard, Interplay and Lipkin’s last piece, the unaccompanied and gently melancholic The Journey, written in memory of John McCabe. Interplay is in two contrasting movements and was commissioned by Carl Dolmetsch. It is scored, unusually, to include harpsichord, cello (originally gamba) and a colourful array of percussion owned by the first performer, James Blades. The first piece tells the biblical narrative found in the 1st Book of Kings. Lipkin characterises the instruments to represent Naboth (cello) the scheming Jezebel (harpsichord) and Ahab (three different recorders).

For myself I failed to discover the musical logic or drama of either piece but Clifford’s Tower is more engaging. Dating from 1977 it tells of the brutality of the murder of York’s Jews in 1190. Falling into three connected movements (Into Darkness-Threnody-Hymn of Peace) it is surely Lipkin’s most powerful work.

The pensive Pastoral is heard here in a version for horn and string quintet. Its fleeting five minutes duration casts a distinct spell.

Lastly, there is the four-movement String Trio of 1964. This is a singularly challenging format for composers. It has a sonata form opening movement a quirky Brittenesque Scherzo, an intense largo and a theme with six variations as a finale. It is a very fine work and should be well known and played regularly. Like the Pastoral the Trio was composed at the home of his close friends the Finzis in Hampshire. So, a welcome back to the catalogue for three of these fine works.

There are many British ‘lost composers’ of the 20th century, several born between the two world wars, who even after an encouraging start fell out of favour, or out of fashion, in their later years. Although Malcolm Lipkin  (1932 – 2017) to some extent fits this pattern, he is fortunately not to be so described with complete accuracy.

During the fifties and sixties he enjoyed a reasonable number of performances, both orchestral and chamber music, and commissions continued to be received and met into the seventies, eighties and beyond. His early work was fundamentally tonal, but a turning-point came with his First Symphony Sinfonia di Roma (1958 – 1965) which emerged as atonal, if freely so and certainly not serial; the extended period of its composition suggests such a radical shift, and the mood is darker.

The present CD’s repertoire includes three works recorded originally on and now remastered from a 1986 Hyperion LP, Lipkin’s first significant appearance on record. The major work of these three, arguably of the whole CD, is Clifford’s Tower, commemorating a massacre in 12th Century York of the city’s Jewish population. The mood is several degrees darker than that of the earlier symphony, yet lightened in the concluding Hymn to Peace and it reportedly made a deep impression at its 1980 Cheltenham Festival premiere by the Nash Ensemble, responsible also for the later recording.

From the same source comes the short and attractive Pastorale (1964) for horn and string quintet in the composer’s reduced arrangement and the String Trio (1963/4) in four concise and well-characterised movements. Both of these works were composed at the Finzi family home at Ashmansworth.

For the remaining works we move on to the seventies and eighties, first for Interplay commissioned by Carl Dolmetsch for his ensemble: treble recorder, viola da gamba [here replaced by cello] and harpsichord, plus percussion carefully chosen and discreetly used to blend in with the rest. From the following decade comes Naboth’s Vineyard (1986) commissioned by John Turner for a similar grouping of treble, tenor and bass recorders with cello and harpsichord, each protagonist in the violent Biblical story being associated with one of the participating instruments.

The Prelude and Dance (1887) is Lipkin’s personal tribute to Jacqueline du Pré, reflective of the cellist’s courage in the face of crushing disability.

Another tribute is The Journey (2016) to John McCabe, marked Intenso, for solo recorder and almost Lipkin’s last work before his own journey ended.

Exemplary performances throughout, and an excellent overall view of the composer’s distinctive style and attributes.