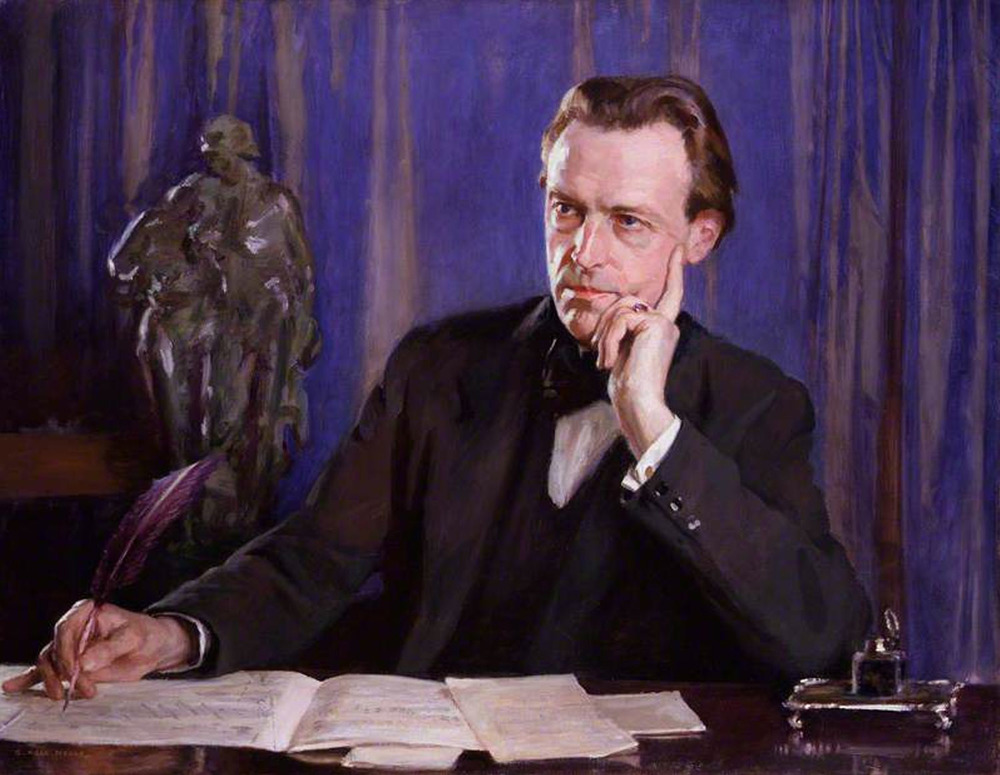 Boydell and Brewer’s catalogue includes an impressive array of texts on British music to which this substantial and beautifully presented volume is a very welcome addition. Cyril Scott (1879-1970) was an English composer, pianist, writer and mystic.

A member of the Frankfurt School whose members included Percy Grainger and Balfour Gardiner he is, in spite of attempts to rehabilitate his reputation in the years since his death, mainly remembered for a number of piano miniatures such as Lotus Land and Danse Negre. But he was a prolific composer who wrote over 400 works.

As a composer-performer he became a pioneer of British piano music, and his music was admired by composers as diverse as Debussy, Strauss, Stravinsky and Percy Grainger, the last a lifelong friend. A true polymath, Scott was also the author of 41 books, on subjects ranging from autobiography and music, to alternative medicine, humour, occultism, theosophy and Christianity. As if this was not enough, he also wrote poems and plays and painted watercolours.

This Companion, expertly edited by Lewis Foreman, Leslie De’Ath and the composer’s son Desmond Scott explores the life and work of this exceptionally creative man who continued working into ripe old age, long after his work was deemed unfashionable. As well as a comprehensive analysis and appraisal of all the available music there is a complete catalogue of his musical works, along with a discography. Altogether, the volume gives a broad and candid picture of Scott’s entire output in all its forms and genres.

His son provides much of the biographical and non-musical comment, even if one of his chapters is entitled ‘Memories of the Man I Barely Knew’. He may not have known him very well, but he clearly understood him and the personal angle he brings to his writing is both heart -warming and informative. The book does however give us two dates 1987 and 1997 for the death of Scott’s partner Marjorie, I think it is the latter.

One of the most refreshing aspects of all the writings in the book is the honesty of all the contributors; while all are clearly enthusiasts, none are blinkered, and all write as they find. Peter Atkinson for example tells us at the onset of his career Scott was ranked with Debussy and Ravel and even outdid Richard Strauss in modernity. Later Lewis Foreman documents the scathing reviews Scott received in the British press and from the notorious BBC Readers Panel, who seldom recommended any of his works for broadcast.

The analyses of the music are exemplary. While there are excellent musical extracts, the text does not require one to be able to read music to comprehend the writer’s meaning although some understanding of basic music theory would help. The music is given a historical context and beautifully written and articulate prose to describe the work.

Much of the efforts to rehabilitate Scott’s reputation came from record companies Lyrita, Chandos and Dutton, and this is documented in some unpretentious writing from Martin Yates and Peter Dickinson. Yates enthusiasm at restoring previously unheard scores leaps from the page. His completions of the early concertos for piano and for cello are well worth exploring.

It is difficult in the early 21st century to fully grasp the influence of the occult on early modernism. The Theosophists, the Golden Dawn etc. were all influential in modern art and Kurt Leland in his chapter on Scott’s Occult Writings manages to make a good case for the interrelationship between Scott’s music and beliefs without them seeming too strange.

Desmond Scott’s in his chapters on some of his father’s writings do not attempt to cover up that some of his ideas are and were out of step with current thought. The book The Way of the Childish, Scott tells his readers was dictated to him from another plane, while in The Real Tolerance, Scott’s thoughts on relationships and marriage still seem well outside the accepted norms.

The final third of the book is taken up with catalogues of works, performances and recordings and should be studied by anyone wishing to undertake such a task.

The Companion has clearly been a labour of love for all involved and it has paid off. It is elegantly laid out and illustrated with illuminating musical examples and photographic images. There is none of the impenetrable academic writing that so often mars books of this type and it is eminently readable. As each chapter is largely self-contained one can dip in and out at leisure, and it is worth taking one’s time.

Scott’s supernatural advisers told him that ’the first thing to do is to get the work written; the rest if needs be can wait – sometimes even as long as till after the composer’s death’; we should be grateful for their advice, long after his death there is much to be admired.