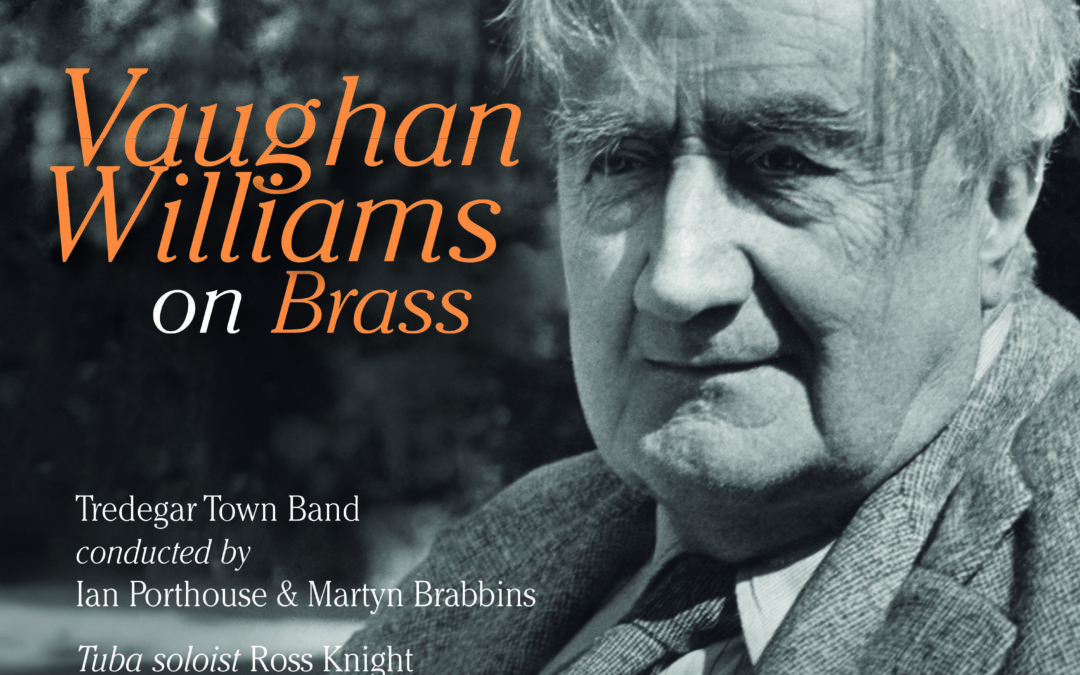 The town of Tredegar is situated in Gwent, southeast Wales. Its town band was formally constituted in 1876. Today they are regarded as one of the elite bands in the world, so their choice to front a CD of brass music by Vaughan Williams turns out to be ideal.

As the accompanying notes state, Vaughan Williams was a late convert to brass bands. Some of his music on the CD, in particular Henry the Fifth, was consigned to a cupboard, unpublished until 1979. Many pieces are arranged or edited by Paul Hindmarsh or Phillip Littlemore, having been lifted from elsewhere in the composer’s œuvre. In the world of brass, this is not unusual.

Most pieces are conducted by Ian Porthouse, the Band’s musical director since 2008, but Martyn Brabbins conducts three tracks, The Truth from Above, Prelude on Rhosymedre and Variations for Brass Band.

The recording opens with a glorious Flourish for Band, rich, gleaming and portentous. Most of the music touches on areas of musical importance to Vaughan Williams. There is English folk song so marvellously alive in the English Folk Songs Suite and the Sea Songs, their delectable melodic content brought out glowingly by the singing cornets and other band instruments. These pieces alone are worth the price of the CD, I thought.

Hymn melodies like the two conducted by Martyn Brabbins are paramount, so warm and rich on brass. Add to those the lovely Prelude on Three Welsh Hymn Tunes. The music for Henry the Fifth uses the Agincourt Song along with two French folk songs and William Byrd’s Earl of Oxford’s March. A splendidly colourful depiction of battle and victory, it could have been film music, but it never was.

The Suite From 49th Parallel did make it to the screen and was hugely successful during the Second World War.

The arrangement for brass band and soloist of the Tuba Concerto in F minor works splendidly well with an ultra-smooth performance from Ross Knight in the slow movement, and a perfectly pointed, sizzling finale. The final Variations for Brass Band is more serious music but still makes delightful listening. For members of the brass fraternity and for those who simply enjoy marvellous melodies, this is for you!