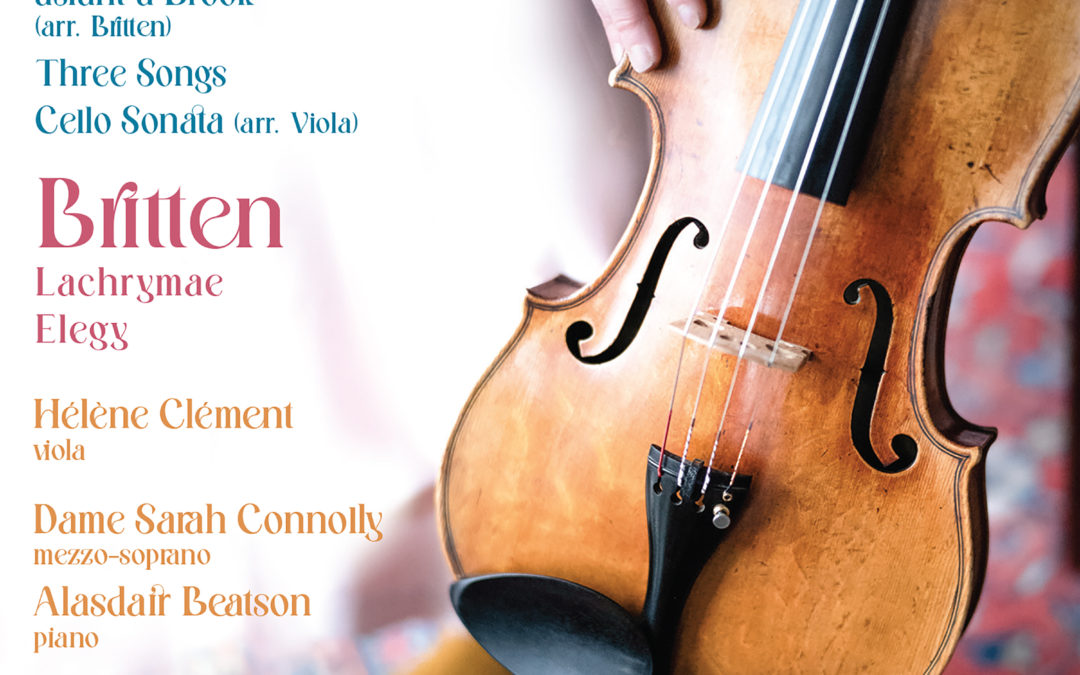 To what extent is a pupil influenced and inspired by their teacher(s)? In Britten’s case he knew Bridge before he became his pupil. This disc offers an opportunity to find out via the voice which Britten composed for brilliantly, and the viola which both composers played and loved.

Britten was introduced to Bridge via his Viola teacher one Mrs. Alston when he was 10. So, a few years later when Britten left school, mightily impressed by Bridge’s music, he composed an elusive work then untitled, now having been edited by Colin Matthews and called Elegy.

Bridge’s Three Songs scored for Voice, Viola and Piano are Far, far from each other a text by Matthew Arnold, Where is it that our soul doth go? a poem by Heine and Music, when soft voices die, a famous poem by Shelley. The violist at the first performance of these songs in 1907 later became Mrs Alston so she is the amazingly significant link between these two great men of twentieth century British music. I will also add at this point that not only do we have two wonderfully sympathetic performers as Beatson and Clément, but they are joined by Dame Sarah Connolly who helps to bring these songs out of a forgotten closet and to sing with such fervency and understanding.

Bridge’s Cello Sonata has been arranged by Hélène Clément and it falls into two passionate movements with varying tempo markings. The second begins with the slow movement, its tearfulness said to have been induced by the events developing in Europe from 1914, the ensuing Scherzo is angry but short-lived before a reflective close. It was first performed by Felix Salmond in 1917.

There is a Willow Grows Aslant a Brook, the words from Hamlet on the watery death of Ophelia, originally entitled an Impression for Small orchestra was, surprisingly perhaps, arranged by Britten in 1932 for viola and piano, rather as a student exercise. He takes the violin lines and gives them to the viola and allows you to listen to the work in a new, revealing light.

Lastly, Lachrymae- Reflections on a Song of Dowland originally written for William Primrose in 1950 but revised 20 years later for Cecil Aronowitz, is for Viola and Piano. There are ten sections which culminate in the magical presentation of the Dowland original which is not the famous Flow my Tears (known as Lachrymae) but If my complaints could passions move also known as Captain Diggory Piper’s Galliard.

This then is a glorious disc, search it out.