Music and Migration in Georgian Edinburgh 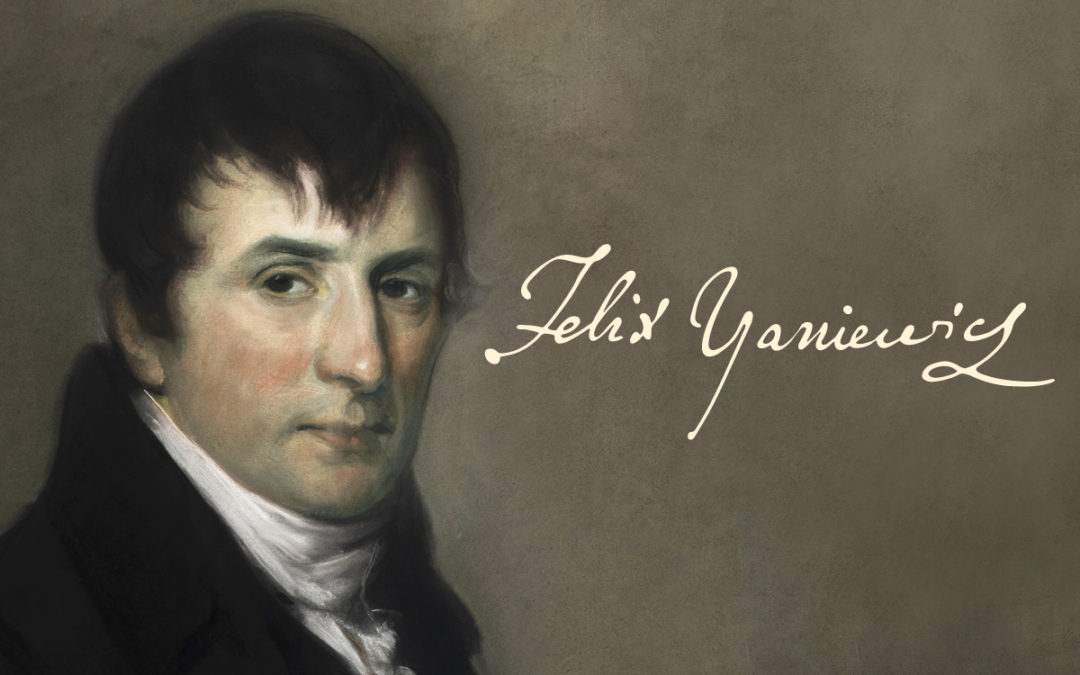 An exhibition at the Georgian House in Edinburgh opened in June telling the remarkable story of Felix Yaniewicz (1762-1848), a celebrated Polish- Lithuanian violinist and composer, who settled in Scotland and co-founded the first Edinburgh music festival in 1815. Alongside the exhibition, there will be a programme of talks, lecture-recitals and musical performances.

Josie Dixon, Yaniewicz’s great-great-great-great-granddaughter and founder of The Friends of Felix Yaniewicz, says: ‘Putting this exhibition together has illuminated so many aspects of Yaniewicz’s colourful story including his encounter with Mozart in Vienna, his escape from the French Revolution and a lost Stradivarius.’

After a cosmopolitan career in Europe, Felix Yaniewicz arrived in London around 1790 and eventually made his way to Edinburgh where he lived from 1815 until his death in 1848.

The discovery and restoration of an historic Yaniewicz & Green square piano (pictured) bearing his signature led to new research on his career and a role in Scotland’s musical culture.

Following a successful crowdfunding campaign in 2021, the arrival of the square piano in Scotland last year was celebrated with two recitals hosted by the Polish Consulate in Edinburgh. The exhibition at The Georgian House will be the first opportunity for this beautiful instrument to be seen in public.

The exhibition Music and Migration in Georgian Edinburgh: The Story of Felix Yaniewicz brings together a unique collection of musical instruments, portraits, manuscripts, silver and gold personal possessions, letters and autographs, many of them passed down the generations in his surviving family, and almost none of them seen in public before. Together, these will offer fascinating insights into the career of this charismatic performer, composer, impresario and musical entrepreneur, who left a lasting mark on Scottish musical culture.

This exhibition has been organised in collaboration with the Adam Mickiewicz Institute. It’s director, Barbara Schabowska, says: ‘The exhibition, celebrating his fascinating travel-filled life, is a chance to initiate transnational dialogue – not only between Scotland and Poland, but also with everybody who finds themselves moved by Yaniewicz’s music.’

The exhibition will be accompanied by a programme of events including illustrated talks, lecture-recitals and musical performances at the Georgian House, and an ‘in conversation’ event at Ghillie Dhu with critically-acclaimed writer and broadcaster Armando Iannucci on music, migration and Scotland.