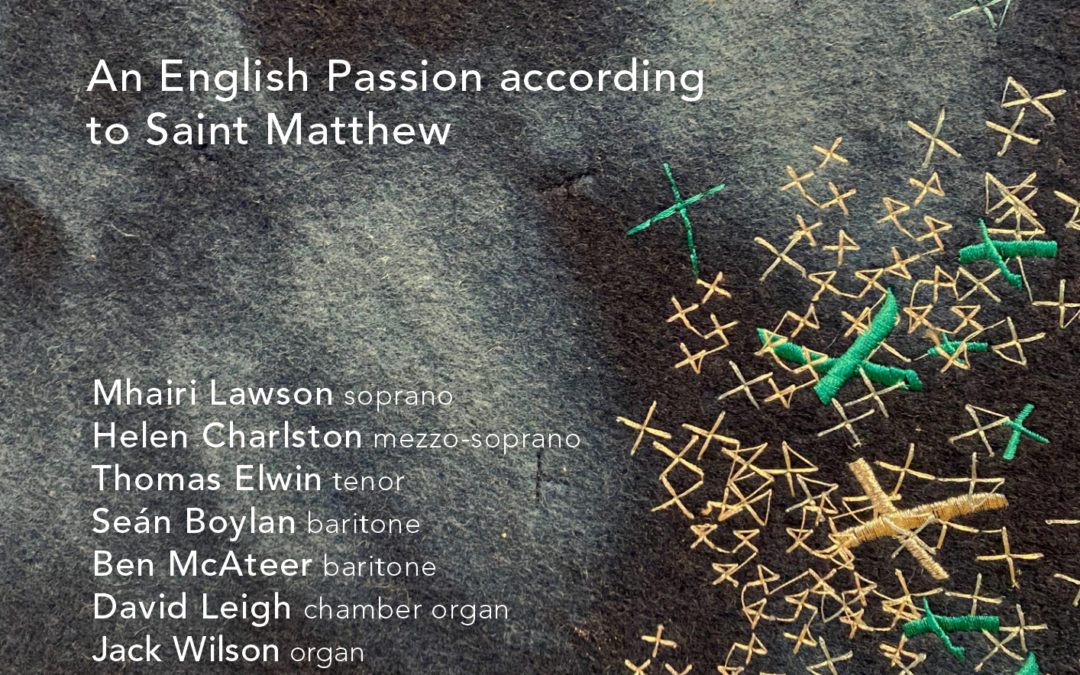 An English Passion according to Saint Matthew

It just needs just two words with which to welcome this issue – it is absolutely splendid.  Philip Wilby was a violinist in the National Youth Orchestra, a pupil of Howells, and ultimately Professor of Composition at Leeds University.  If he is not as widely known as he deserves to be, it maybe because he has concentrated on writing for Brass Band and the Christian Liturgy.

Lasting just under an hour, this Passion is a succinct and rapidly moving account of St Matthew’s account of the Crucifixion story as interpreted by Richard Cooper, Canon Emeritus of Ripon Cathedral.  There are several uniquely distinguishing features in this magnificent oratorio.  As regards ‘English’ in the title, this is justified by the use of five traditional tunes used by Vaughan Williams in his ground- breaking English Hymnal of 1906 – which blew away the cobwebs of Victorian musical platitudes.  The audience, or more correctly, the congregation, can join in the first and the last of these tunes, Kingsfold and Herongate respectively, though they will not be welcome in the other three – The Truth from Above, King’s Lynn, and O Waly, Waly since these are more complex choral settings of verse from Canon Cooper’s text.

The action – and it is indubitably action – is carried by the five principal soloists, as well as another seven from the choir, in sequences of recitative and arioso.  In this recording it is thus highly appropriate that the choir are the sixteen-strong fully professional Belfast Cathedral Choir, who not only sing with complete unanimity and perfect tuning but can supply from their ranks the additional soloists.

Given the close association of the opening hymn All Glory, Laud and Honour with the tune St Theodulph I initially wondered whether Kingsfold would be apt, but I found that the text only used the refrain (verse 1) and had different lines for the ensuing verses, and, given the surging momentum of the rendition, all doubts were silenced.

The apotheosis is huge, both frightening and thrilling.  I think that Prof Wilby’s experience with writing for brass band may have provided him with the technique to create such extraordinary effects on the organ.  After this there is another big surprise. The final hymn is It is a thing most wonderful set to Herongate, an apparently simple little tune, but here it explodes into another overwhelming climax with soaring descant.  Talk about bringing a lump to the throat!  This is not the usual way to end a Passion, but, my goodness, it works.

Oh – the fill-up tracks are excellent too, as might be expected.