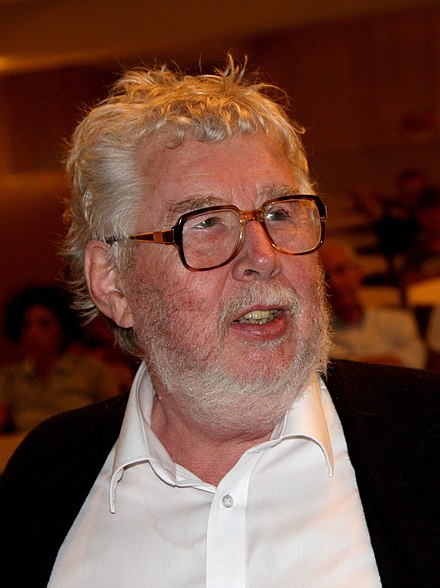 Following his death earlier this month, much has been written about the musical achievement of Sir Harrison Birtwistle. Unpalatable to some, indispensable to others, his music has dominated the new music landscape for well over fifty years. Comprising remarkable operatic / theatre works and concert pieces of all kinds of shapes and sizes, his prodigious musical output has been impossible to ignore.  Many have tried to describe his musical language with reference to his early influences such as Varèse and late Stravinsky, his Northern background, interest in Greek subjects and folk lore and so on but its multi-faceted character makes such an activity difficult. Even harder – nay impossible, as a good number of young composers have found over the years – is to attempt to replicate this unique voice.

Of course, not everybody ‘gets it’. Birtwistle’s music of the mid 1990s brought organised protests into concert venues, and in September 1995 the first performance of Panic at the Last Night of the Proms had the distinction of being vilified by the right-wing populist press and was the subject of what we were told were ‘thousands’ of phone calls to BBC after the broadcast. Undeterred (of course), Birtwistle continued as before, but he did not enjoy having to defend his work in the face of such criticism, and he could certainly come across as irascible and tetchy. For him, the question of accessibility was not his problem.

But as anyone who had the opportunity to experience it would know, Birtwistle could be most genial amongst those who did ‘get it’. I was one of those lucky enough to have listened to him talking about his work on many occasions from the 1970s onwards, and towards the end of his life sharing a platform with him as either composer or teacher. Whilst often demanding of students who came to study with him, he was engaging, witty, informative and could be quite self-effacing. He was also a good raconteur, though the details of many of these tales are best left unreported!

I can’t claim to have known him well, but much enjoyed the few times I spent with him. At the outset, I really wanted to tell him how much I had enjoyed so much of his work, but I sensed that he did not want to have conversations of this sort. In 2016, a work of mine was programmed in a concert in Manchester that was part of a three-day celebration of Harry’s work. I approached the event with some trepidation, to put it mildly. After the concert, in the bar at the RNCM, Harry sought me out and told me that my piece was ‘lovely, really lovely’. For me, the highest accolade. When I saw him a few weeks later before a performance of Secret Theatre in Liverpool he spotted me and came over. ‘I know you’ he said, and with characteristic bluntness proceeded to ask how my recent hernia operation had gone. He shared a few medical tales of his own, needless to say, rather to the bemusement of the University hierarchy who were entertaining him. Sharing the composition teaching at the Dartington International Festival in 2019  gave me the opportunity to spend a bit more time with him. There was a memorable concert organised by his long-time collaborator Joanna MacGregor to celebrate his 85th birthday, which he clearly much enjoyed. During that week, after several conversations about day-to-day stuff,  I did take a deep breath and ask him what he was working on at the time. He openly confessed that in the face of a major commission from a British orchestra, he was now finding the sheer physical act of composing difficult.

All devotees of Harry will have their favourite works. For me, hearing The Triumph of Time for the first time in 1973, I heard a new and powerful lyricism in his work which made me realise that after the severity of much of the 1960s European orchestral music that I knew there could be a place for the kind of haunting lines that recur in that piece. It left a huge impression on me. The grandeur and power of stage works such as the Mask of Orpheus, Gawain and The Second Mrs. Kong offered a theatrical experience I will never forget. It is a glaring omission in the catalogue of video recordings that such works are not readily available- I would have loved to have shared some of this with my own composition students. Amongst many stunning chamber pieces, The Tree of Strings (2007) exemplified how he could absorb the world of a 250 year-old instrumental combination (the string quartet), yet imbue it with the same imagination and colour that characterise his larger, mixed ensemble pieces.

His is a voice that will be sadly missed- not just in a musical sense, either. The ten-minute film that his godson, Tom Mustill, made about Harry in his 80th year (see above) reminds of that soft, Accrington burr (never lost) and of his closeness to the natural world (in this case, his much-treasured garden). I really enjoyed reading Ivan Hewitt’s assessment of Birtwistle’s achievement in his Guardian obituary, which gives a much more comprehensive view of the composer than I could ever have put together here.