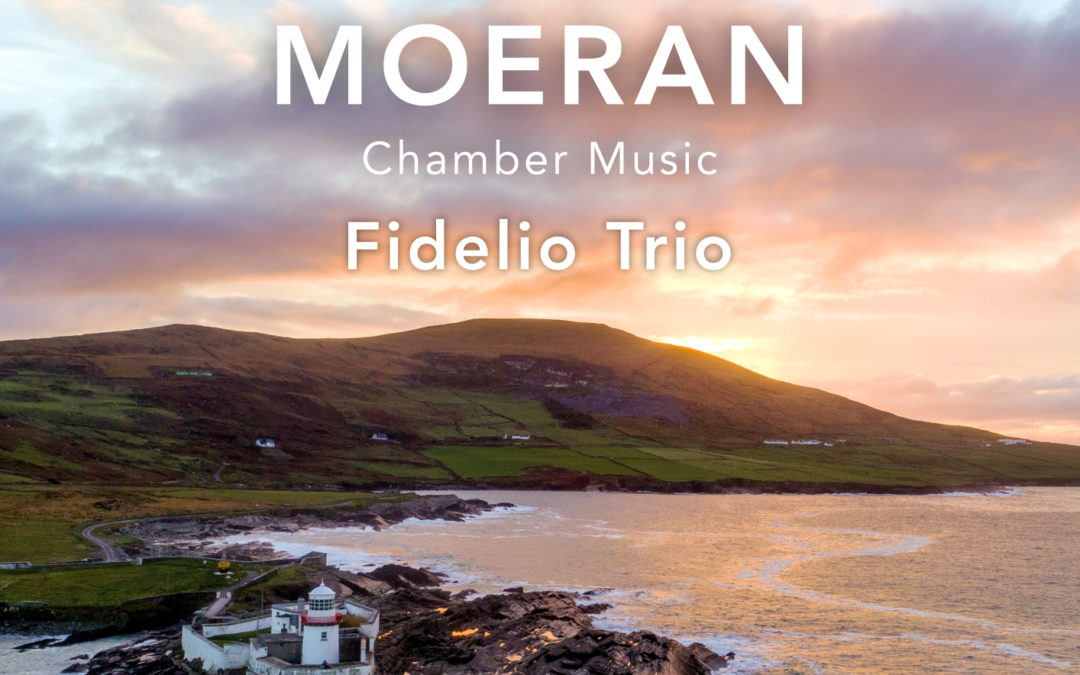 This fine recording will serve to much enhance the reputation of both Moeran and the Fidelio Trio.  It has already been selected as an ‘Editor’s Choice’ in the March Gramophone (a magazine prone to ignore ‘minor’ British composers).

The performers are keenly into Irish musical culture, especially as it relates to Moeran’s output.  They say that ‘this has been part of our DNA for many years’ and they are running an annual festival of ‘Chamber Music on Valentia’ (the island off the coast of Kerry where Moeran was a frequent visitor).

The festival prominently features Moeran’s works. The notes go on to say that ‘It feels special to perform his chamber works most often in the Church of St. John the Baptist in Knightstown, Valentia Island, knowing that ‘Jack’… would have regularly strolled past it on his way to experience the incredible vista that Knightstown has to offer’.

And you, dear reader, can do this (as I have done) virtually, by visiting the locality on ‘Google Street View’ though doubtless the area is rather more touristy than it would have been in the early middle of last century.

The sonata for Violin and Piano in E minor is first in the programme, a strong and muscular work very reminiscent of the music of Moeran’s teacher, John Ireland, but with even scrunchier harmonic resource.

This is followed by the Sonata for two Violins of 1930 where Darragh Morgan is partnered by Nicky Sweeney.  This is a compositional tour de force, though necessarily somewhat austere.  The second movement Presto is dazzling, and the closing Passacaglia is intriguingly based not on a solemn bass (à la J S Bach) but on a melodic riff.

The following Prelude for Cello and Piano is a wistful contrast written at a time (1943) when the composer was getting the hots for Peers Coetmore who was to become Moeran’s wife in 1945.

The final work in the programme is the lovely Piano Trio in D of 1920.  I noticed an extraordinary coincidence in that a very fetching, short, rocking melodic sequence in the slow movement is almost exactly the same as one appearing throughout Myaskovsky’s haunting cello concerto which dates from the 1940s.  There is surely no way that the later composer could have been aware of Moeran’s work.  (Does this help reflect on a plagiarism court case taking place as this is being written?)

There is a curious failure of balance between the cello and the piano at the outset of the Trio. Several listenings failed to sort out what was going on, but this is the only criticism I have of this superb and strongly recommended issue.