EDWARD COWIE: Where Song Was Born 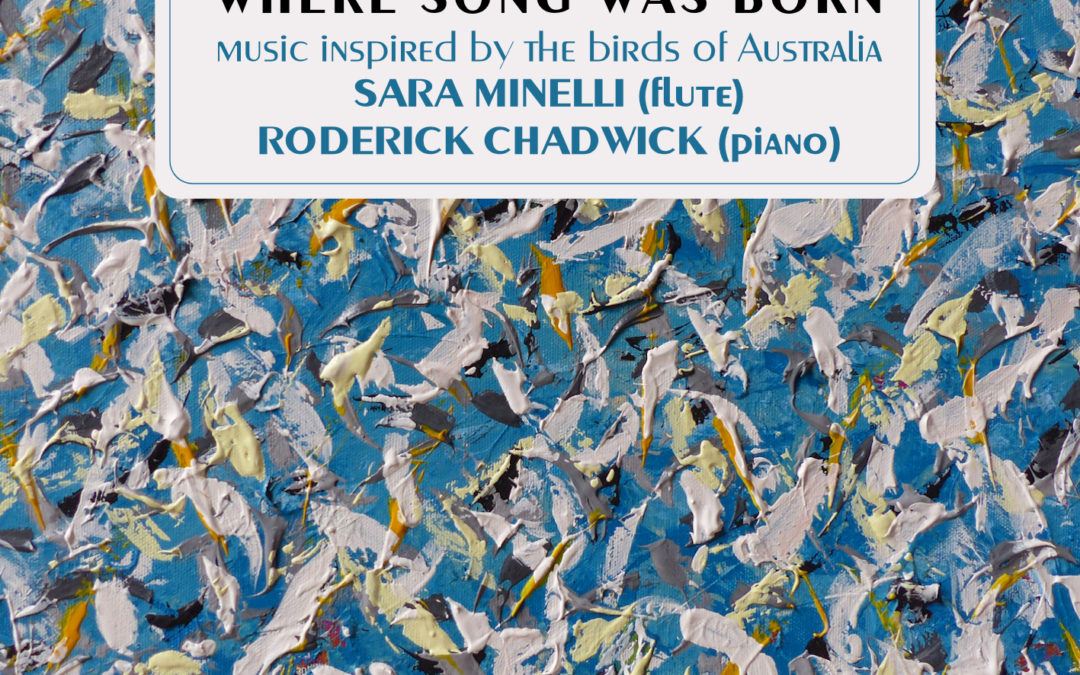 Music inspired by the birds of Australia

Reviewing Edward Cowie’s Bird Portraits, I wrote that the music was ‘virtually unique’. Not so now, because with Where Song Was Born, Cowie sets his hand to the birds of Australia, promising two works to come: birds of America and Africa. Along with piano, the previous CD used violin, here we have flute.

Sara Minelli is a virtuoso player with real mastery of avant-garde technique, including vocalising and whistling where required. I was reminded of the music of Salvatore Sciarrino, but while his flute music is largely abstract, Edward Cowie’s goes very much hand in hand with nature, sometimes quite graphically. The Green Cat Bird sounds remarkably like a crying baby and Sara Minelli’s flute captures that idea astonishingly well. Once again, amazingly, I was able to access the calls of all twenty-four Australian birds on the internet. They are indeed very different from British birds, often with calls in several contrasting parts and sometimes even suggesting human voices. Because of the vast expanse of the Australian terrain, these calls are meant to carry much farther and Cowie’s music does suggest that spaciousness.

The names of some of the birds do sound very Australian: the Wampoo Pigeon, the Pied Currawong and of course the Kookaburra. The call of this last was delivered as much by the splendid Roderick Chadwick’s piano chords as by the flute. As in the previous work, the most graphic reproductions of the bird calls come towards the end of the individual pieces following on from more atmospheric piano/flute interactions, all very neatly worked out. The 24 pieces in the work are mostly quite short, ranging from one minute for the Pied Currawong to about four and a half minutes for the longest piece, the White-breasted Sea Eagle. One of the most surprising was the quite delicate call of Australia’s largest bird of prey, the Wedge-tailed Eagle.

The musical language of the whole work hangs together well, somewhere on the outermost edge of tonality. The flute music for the White-breasted Sea Eagle does have its own melodic integrity, quite attractively so.

I learned a lot from this fascinating CD, not just musically but regarding so many extraordinary and exotic birds, most of which I had not heard of before.