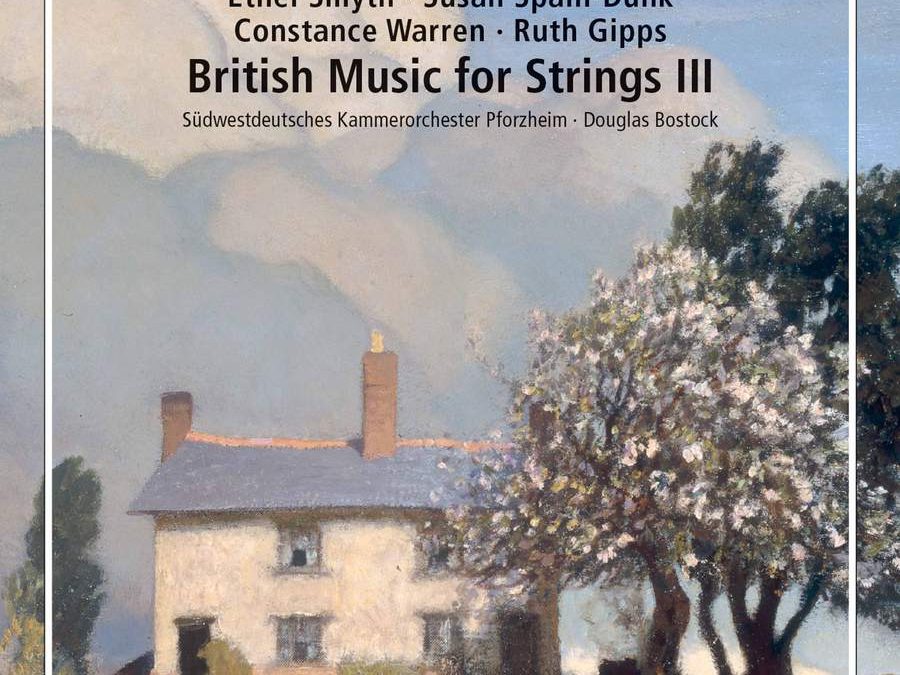 The third in this series opens with a Smyth Suite from 1890, an enlargement of her quintet op.1 (to be found on another CPO disc, in a somewhat livelier reading). It comprises five tuneful and forthright movements, and, as Lewis Foreman’s customarily informative booklet points out, is far less redolent of Brahms than one might expect; indeed in its breezier moments it seems to foreshadow the melodic world of Parry. Despite that Op.1A designation this is a substantial and accomplished piece that merits a place on the edges at least of the repertoire.

Susan Spain-Dunk’s name is slowly emerging from obscurity; there have been a handful of recordings, and a few orchestral pieces were broadcast on R3 last year. Her Suite from 1920 has some astonishing pre-echoes of much later work by Finzi; it is skilful and expressive if not completely memorable, though the preponderance of slow music might hinder its chances of becoming widely popular. Unsurprisingly the later Lament is also slow but digs somewhat deeper with some surprising textures.

The completely forgotten Constance Warren composed ‘Heather Hill’ in 1932, when still a student: it is far more folksong-inflected than the other pieces, although it also has some of the wistfulness of Delius’ Air & Dance. It is simple and affecting.

By comparison Ruth Gipps’s star seems currently to be in the ascendant. ‘Cringlemire Gardens’ is a tone poem describing an idyllic spot in the Lake District, in which a slow introduction leads to a livelier dance, before the music becomes more impassioned, with some distinctly Tallis Fantasia-ish echoes.

None of this music is likely to set the Thames on fire, but it is all eminently agreeable without quite being eminent. Much of it is slow, which is just as well as Bostock is clearly happier with slow music: when the tempo picks up his flat-footed readings consistently miss the sparkle swagger and elan that the music calls for, and which I suspect his mentor Adrian Boult would have effortlessly found. The music would also often be better served by a rather larger body of strings. However, it will probably be a long while before we have any alternatives, and so for those keen to stroll in what composer Robin Holloway called ‘the melancholy water-meadows’ of English music, this disc is self-recommending.