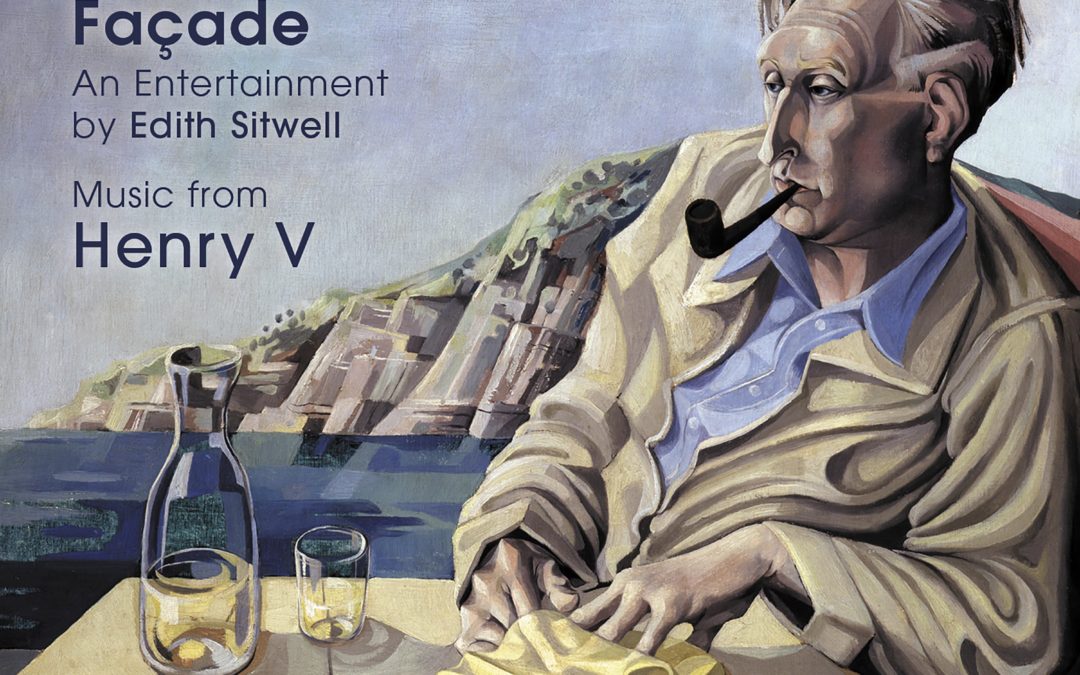 The connection between these well-known but diverse works by one of our most significant 20th century composers is clear – both employ the spoken word.

This diversity is lessened by the fact that the new arrangement of Henry V is designed to be programmed along with Façade and thus with much reduced resources.

Am I the only one to be irritated by Façade, a collection of absurd verse and flippant (albeit clever) music? It seems to be a sort of Sitwell in-joke, but I have never been amused by it. (If you disagree why not send the editor a bite-back?)

If this piece floats your boat, you will find decent, tidy, somewhat closely recorded performances here.

Olivier’s famous wartime film of Henry V was complemented by one of Walton’s most splendid scores. In 1990 the much-lamented, late, Christopher Palmer had the idea of creating a ‘scenario’ using both the matchless text and the vivid music to tell the story.

This was extremely successful. (Boast warning) – about 25 years ago I had the privilege of conducting a local performance of this piece with a well-known actor in the speaking role. The performance enthralled all concerned, the actor, the orchestra, the choir and the audience. It was indeed very exciting.  So, I have a strong affection for this work which may explain the following response.

There is, of course, a reason why the work is not often performed.  Like Delius’s Appalachia, the chorus input, while vital, is not sufficient to interest choral societies, and, professionally, an expensive luxury.

So, what we have here is Henry V lite.  As stated above the orchestral music has been reduced to what is appropriate for Façade ie wind, percussion and lower strings.  It thus feels very medieval at the expense of orchestral colour. The chorus is dispensed with, and the text is much abridged compared with Palmer’s.

This arrangement may well attract attention if it makes the music easier to promote. But I cannot imagine that many people would prefer this anaemic version to Palmer’s if listening at home in the splendid original Chandos recording, which is still widely available.

My final reservation concerns the narrator, Kevin Whately, an actor I normally like and much admire. But his northern accent (with attempts at variation depending on who is speaking) still sounds too much like Inspector Lewis to my ears.