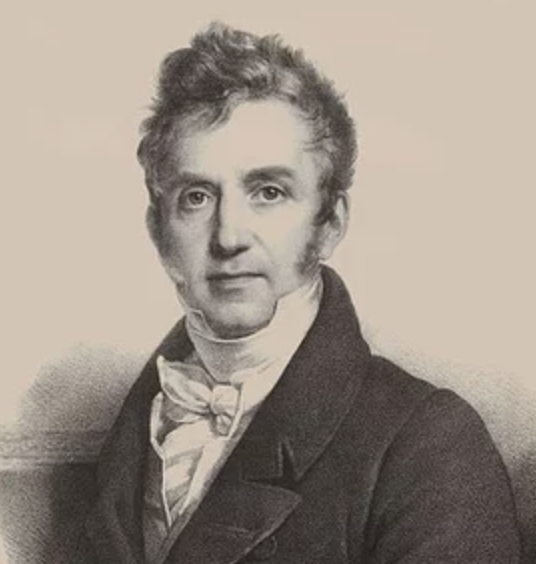 We are delighted to feature an extract from Jonathan Delbridge’s FNCM diploma thesis A Study of the Piano Music of George Frederick Pinto.

George Frederick Pinto was born on 25 September, 1785.  Nothing is known of his father, Samuel Sanders, except that, like his son, he died at a young age.  Although baptised George Sanders, Pinto used his mother’s Italian maiden name throughout his professional life, perhaps to reflect the devotion and affection she bestowed on him as her only child.

The Italian background apparent in the surname came from his great-grandfather Guglielmo who left a high-ranking position in Naples for political reasons and settled in England.  Pinto’s musical upbringing came through his grandfather, Thomas Pinto (1717-c.1780), who was a well-known violinist and composer in London.1  It was Thomas’ second wife, the singer Charlotte Brent (1735-1802), who encouraged the young George to have music lessons.2

Pinto studied the violin from the age of eight with Johann Peter Salomon (1745-1815), who later promoted him as a child prodigy.  He quickly rose to fame as one of the greatest violin players of his day, to such an extent that an article in the Englishman’s Magazine in 1831, entitled Paganini and his Predecessors, listed Pinto amongst seventeen of the most eminent violinists in England. Pinto’s introduction to the concert platform also came through Salomon who organised his first public appearance at the age of nine, when he performed a violin concerto by Giovanni Mane Giornovichi at the New Lyceum, Hanover Square.3  Between 1798 and 1803, Pinto gave frequent concerts in London, Oxford, Cambridge, Bath and Edinburgh along with two trips to Paris.4

The piano was Pinto’s second instrument and it is unknown who taught him to play. He played it less frequent in public than the violin, but from 1802 onwards it seems to have been his preferred instrument.5  In January 1803, Pinto performed the piano at a concert in Edinburgh and the writer and musician Alexander Campbell wrote: “Young Pinto is not only an admirable violin player, but also a first-rate performer on the grand piano forte:  to excel on two instruments so widely different from each other, is a proof of genius and unwearied application very seldom to be met with”.6

From 1804, Pinto began to suffer poor health and was due to perform in Birmingham in 1805 but became too unwell.  He was engaged to give a series of concerts in Oxford in November of the same year but could only manage one, which was his final performance.  This did not prevent him composing, and all of his major works were written in the final two years of his life, including the piano Sonatas, violin Sonatas and two sets of violin duets.  Sadly, a violin concerto he composed is now lost, although the manuscript was described in an article in the Musical World of 1850 (vol. XXV, p.2).

Pinto died on 23 March 1806 and was buried at St Margaret’s, Westminster on 30 March.  There is no monument to mark his place of rest and his cause of death remains unknown.  Not a single letter or personal document from Pinto survives and yet Salomon said “if he had lived and been able to resist the allurements of society, England would have had the honour of producing a second Mozart”.7

Samuel Wesley remarked of Pinto “A greater musical genius has not been known”8 and his foreword to “Four Canzonets and a Sonata” demonstrates just how famous Pinto was during his lifetime:  “The name and extraordinary musical talents of George Frederick Pinto, are so well known, and so generally acknowledged, that little needs to be said in recommendation of the following work to the notice of the public.”9

After Pinto’s death, his works seem to have fallen fairly quickly into obscurity, except amongst some musical connoisseurs and fellow musicians.  In an article discussing Stephen Heller in the context of a summarised history of Sonata composers, Musical World wrote:

“One name, however, shone like a star in the midst of this cloud of obscurities.  Pinto, an Englishman, who was cut off at the early age of twenty-one, gave every indication of becoming one of the most remarkable men of his day.  His genius was undoubted…  It is a disgrace to our publishers, and musical amateurs, that neither the enterprise of the former nor the curiosity of the latter compels a republication of the printed works of Pinto, and the production of those that exist in manuscript.

Three sonatas for pianoforte solos, in A, C minor and E flat minor, which we have seen, are as full of beauties as the best of Dussek…  Who can say that genius equal to Mozart’s was not thus untimely quenched?  Neither Mozart nor Mendelssohn, the most surprising examples of precocious genius in the history of the musical art, gave earlier or more brilliant marks of originality and talent than George Frederick Pinto.”10

Pinto has been described as one of the “what-ifs” of musical history.11  What if this remarkable child prodigy had lived longer?  Might he have revolutionised writing for the piano in a similar way to Beethoven in his thirty two Sonatas?  Would he have demanded more from the instrument, encouraging piano builders to innovate further? Pinto’s music is always original and very forward thinking and certainly he deserves greater recognition.