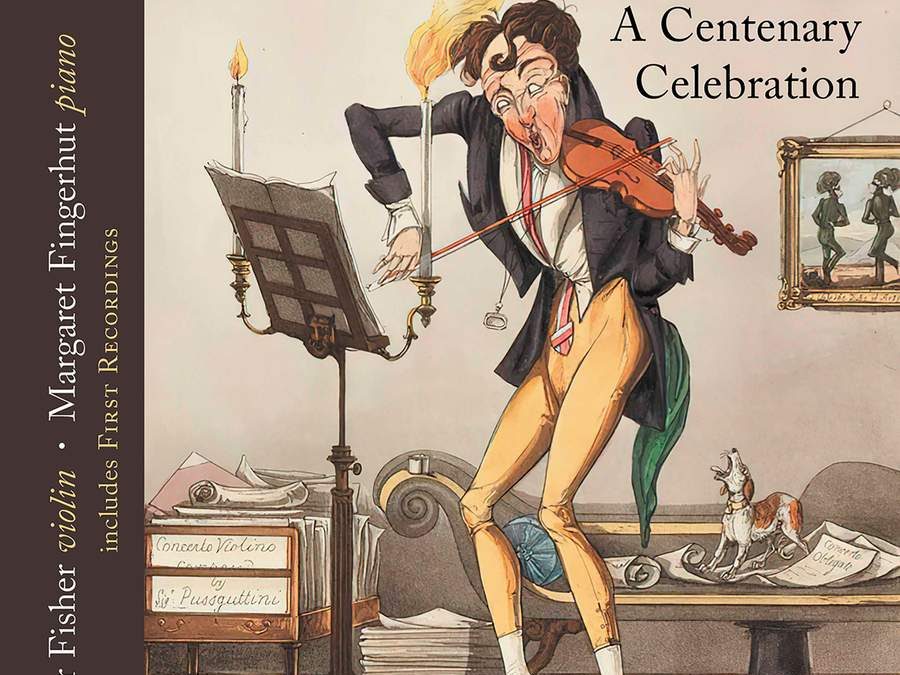 Arnold’s first wife Sheila was a violinist and so it is no surprise to find that his violin writing seems tailor-made for the instrument. The Violin Sonata No 1 dates from 1947 and yet even here, in a work from his mid-twenties, the sound world is Arnold’s own.

True, there are hints of Hindemith and Bartok, but no one but Arnold could have written the melody in the slow movement, and no one but Arnold would have successfully juxtaposed such a range of styles and moods in the finale. There are shocks though and the violent piano outburst in the lyrical slow movement is deeply disturbing.

The one movement Violin sonata No 2 of 1953 is even more unsettling for those expecting easy going Arnold.  Juxtapositions are even more extreme than in No 1, some highly dissonant writing, contrasts with some jazzy allusions. The largely pizzicato second section is reminiscent of Webern.

The work slinks off as though Charlie Chaplin’s clown has had his heart broken. Suzanne Rozsa, who requested the work, was very disappointed as she had hoped for one of Arnold’s lively pieces. The performers here perfectly capture Arnold’s rapid mood changes which in lesser hands can sound fragmented.

The Five Pieces for violin and piano, were commissioned in 1965 by Yehudi Menuhin as individual encore pieces, as such there was no intention that they be played all together, but, as this excellent recording shows, they work convincingly. Menuhin and Arnold knew each other quite well, and Arnold incorporates some of Menuhin’s interest into the pieces.

One is based on an Indian raga, the other a slippery homage to Charlie Parker.  Menuhin told me he was delighted with the works, and the duo here also seem delighted to play them.

Curiously though, for a centenary celebration, the majority of the disc is made up of arrangements when even the liner notes acknowledge that Arnold was none too keen on people arranging his music. Some work, most don’t.  The attribution of track 17 is wrong.

Nevertheless, buy the CD for the musically conceived and beautifully recorded original works and you won’t be disappointed.