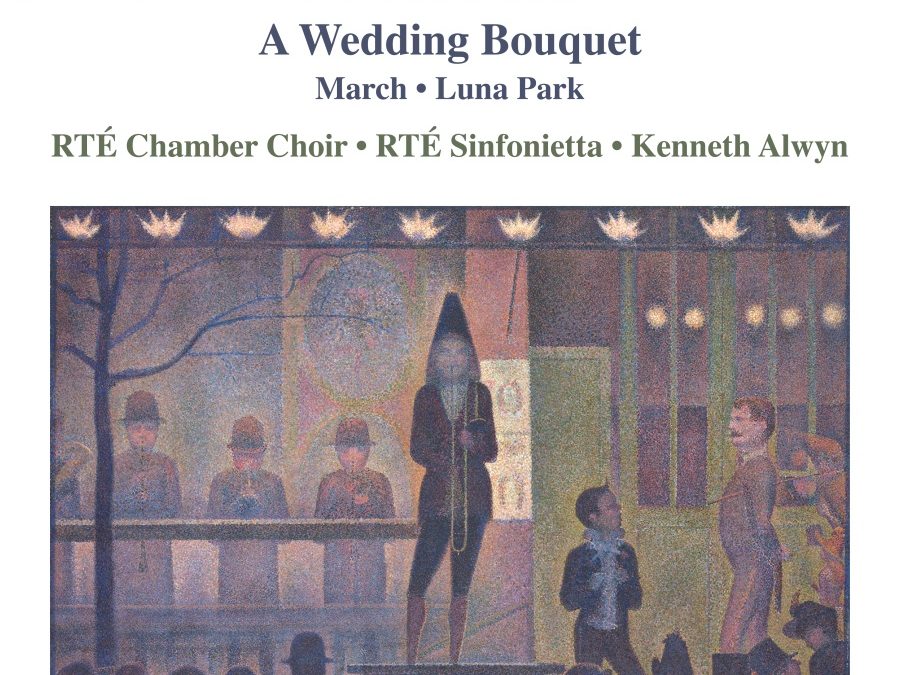 I’ve always had a soft spot for Luna Park, largely because – although I have of course I’ve never seen it – the scenario is quite daft.

You can think of it as an English Petruschka with a possible excursion into Tchaikovsky or another Stravinsky work, the Scenes de Ballet (1944). And what a team brought it to light in 1930! Costumes were by Christopher Wood and choreography by Balanchine.

The plot, if it can be called that, is set in a freak pavilion as a weird set of characters pass before us, including a six-armed man, and a three-legged juggler. I’ll leave the rest to your imagination. It is divided into five tracks and lasts for about 17 minutes. The music is a little ‘Disneyfied’, as it were, but Berners own style shines through.

Wedding Banquet, produced in 1937 at Sadler’s Wells, had scenario, costumes and set designs all by Berners himself, and with another Stravinsky connection, can be thought of as a British Les Noces. Constant Lambert conducted, and the choreography was by Sir Frederick Ashton. Margot Fonteyn and Ninette de Valois were also members of this amazingly star-studded cast. It is uniquely described as a ‘Ballet with Chorus’ and divides into four main sections.

An opening Allegro Brilliant finds us in the garden of French farmhouse in the midst of wedding preparations. The plot is quite convoluted but suffice it to say that last two very attractive and memorable sections are, at least partly, a waltz (which might remind you of the finale of Bless the Bride!)  and a tango.

Berners’s orchestration is extremely colourful and imaginative. I believe that Lambert helped in many ways, but Berners has a distinct hue of his own, noticeable especially in these, arguably, his most original works.

In between these ballets is an ominous, little minor key March, which Philip Lane, who wrote the excellent booklet notes, found in the composer’s basement chest; he has scored the piece successfully for brass.

This disc, recorded in 1994 was originally on Marco Polo (8.223716) and should also be seen as a tribute to the work of that fine conductor Kenneth Alwyn who died as recently as December 2020, aged 95.

No texts are provided but the RTE Chamber Choir have largely excellent diction and the fine orchestra, and the orchestration, allows for its clarity.