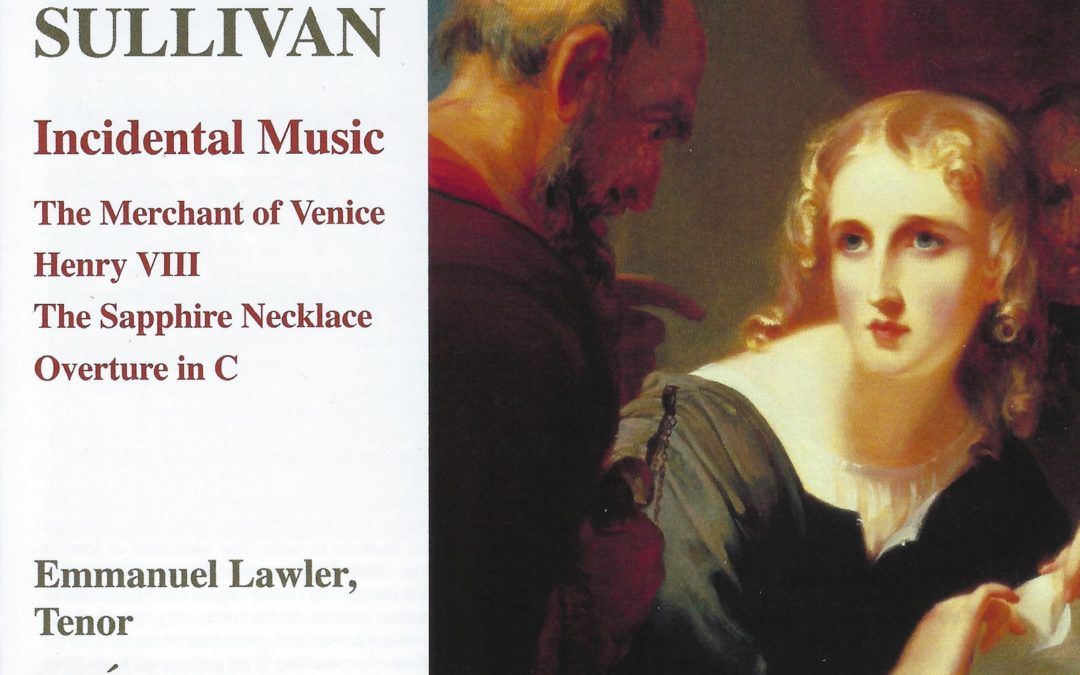 This CD continues to fill in a useful gap in the repertoire.  Penny and his RTE players remain reliable guides to what has proved to be a most enjoyable journey.  In this case it is a selection of Sullivan’s incidental music for Shakespeare’s Merchant of Venice and Henry VIII.

The CD opens with an atmospheric Introduction featuring the effective use of an off-stage tenor voice – here, Emmanuel Lawler.  The programme continues with an attractive Serenade in the style of a barcarole in which Sullivan’s sense of musical colour remains a feature.

Next comes an Introduction et Bourree, followed by a Danse Grotesque where the bassoons are highlighted.  The next movement is rather misleadingly titled Melodrama, in point of fact it is of a gentle. somewhat intermezzo-like character.

The CD continues with the incidental Music to Shakespeare’s Henry VIII. There are four numbers here, most noteworthy being an attractive March featuring prominent trumpet fanfares. This followed by King Henry’s Song which is Victorian rather than Tudor in flavour, a Graceful Dance in a French ballet style; and a concluding movement entitled Water Music.

Two more extended orchestral pieces complete the CD. The first is an overture The Sapphire Necklace. We have to thank the Sullivan scholar Roderick Spencer for the orchestration of this attractive piece which originally was composed for military band.  There is an atmospheric slow introduction leading to a particularly Sullivanesque allegro featuring his trademark repeated staccato quavers, and played by the RTE Orchestra with real sparkle.

The final number on the CD is an impressive Overture in C – in memoriam. Written in memory of the composer’s father, this has a particularly sombre opening section before moving to a chorale-like passage which leads in turn to an allegro – an interesting mixture of Mendelssohn and (perhaps remarkably) Brahms.  A measure of optimism breaks in however, enhanced by some winning melodic writing.

One should look out for the remarkable organ peroration in the last few bars of what is an intriguing journey for the listener.

This CD is to be highly recommended.