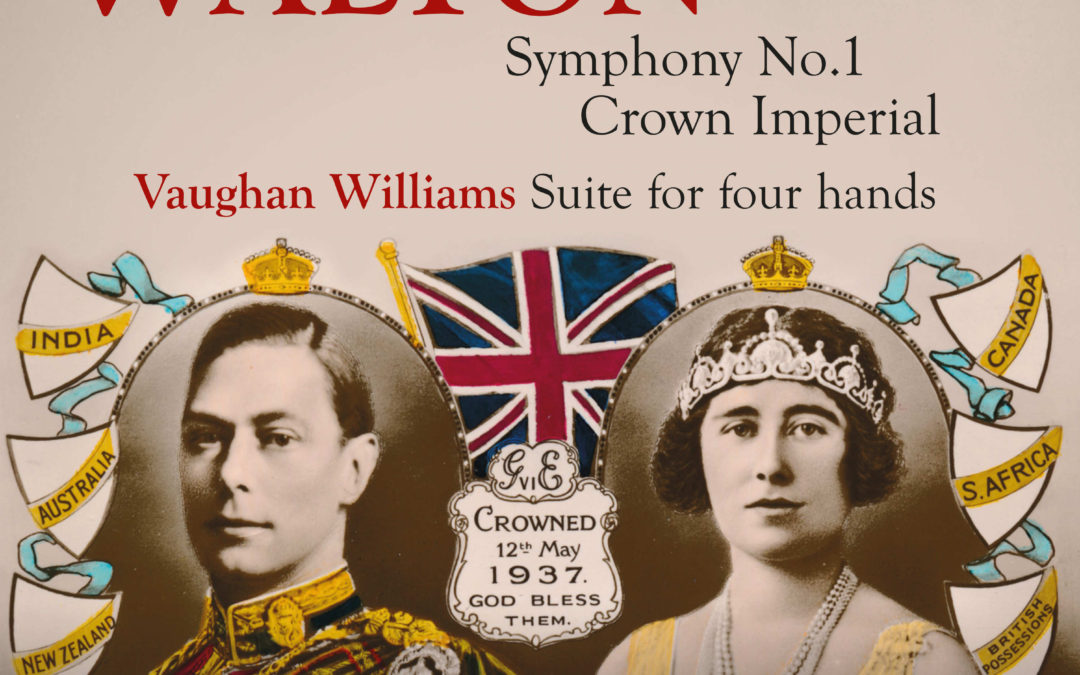 When I first heard Walton’s Symphony 1 as a 12-year-old I thought it the most cacophonous nonsense.  Happily, over the ensuing decades it has become a firm favourite of mine, one of the great works of the 20th century.  I was therefore very pleased to get this disc for review.

This transcription for piano duet, here in its first recording, is not like say Stravinsky’s duet version of The Rite of Spring, a masterpiece in its own right. Was Mr. Murrill too nervous to reimagine the work in truly pianistic terms rather than arrange it? Or was he inhibited by its status as ‘masterpiece’?  In any event this does not work me, the brilliance of the score seems inhibited on piano; its violence, malice, poetry and drama are missing.

This may be down to the interpretation and slightly boxy sound. The performance does not seem to have been conceived symphonically and the tremendous emotionally journey that the work takes us on is more like meander to certain landmarks. Say, for example, at letter 34 in movement 1 in the orchestral score where the horns aggressive five note motif is answered by a malevolent tuba (very Wagnerian), it should be terrifying, here it simply happens as notes.

Likewise, the second movement marked ‘with malice’ is nothing of the sort. The colouring of the voices in the finale’s great fugue sounds too similar to be effective.

This is interesting to hear but I will not be returning to it. The arrangement of Crown Imperial comes over better, but the piano sound is still not conceived orchestrally.

The Vaughan Williams is an early work written by the 21-year-old composer who was studying under Parry.  Vaughan Williams was keen that composers knew their ’stodge’ i.e. traditional ‘rules’. Here he is demonstrating his knowledge of that ‘stodge’. It is a suite in four parts named after Baroque dances. None of the movements are particularly Baroque, though the shadow of Bach looms large, particularly in the florid Prelude. There are some crunchy dissonances, and the final Gigue sounds curiously jazzy. None of it sounds like Vaughan Williams though, and I do wonder what the point was in recording it, other than as a curiosity.