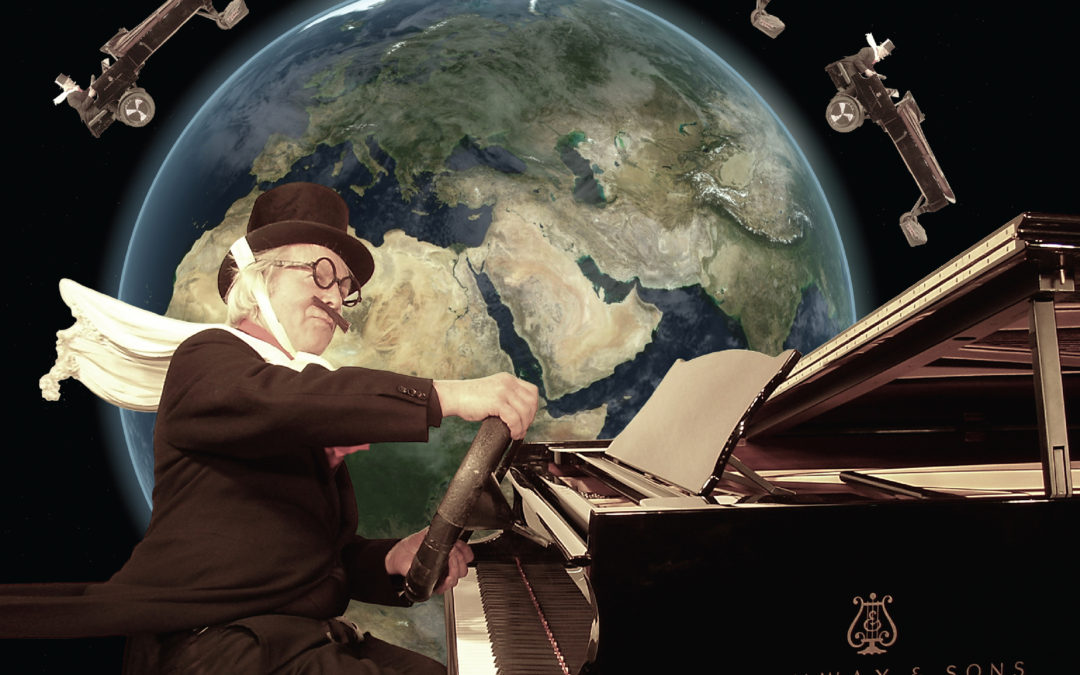 ‘He’s a mischievous and cunning old artist’ – the French avant-garde painter Francis Picabia was referring to Erik Satie, but after listening to the double CD set that presents the 20 concert studies that make up Euan Moseley’s Piano Topography, I feel this is an equally apt description of this composer.

Of course, his music does not really sound like Satie’s. It is far more complex, often far faster and with many more notes than you find in Satie’s music. However, that idea of mischief and indeed cleverness certainly apply here.

These pieces demand a thoroughly accomplished piano virtuoso and with Hungarian pianist Gusztáv Fenyö, now settled in Glasgow, that is exactly what you get – Fenyö is dazzlingly fleet of finger and with a marvellous ability to express humour as well as richness and warmth.

Several eminent pianists have lauded Moseley’s music and here I borrow the words of Murray McLachlan who puts it more cleanly and tersely than I can. ‘…tremendous rhythmic energy, bite, pizzazz, wit, colour, humour…’ Murray goes on to mention Prokofiev and four American composers including Chick Corea as inspirations for this music.

Moseley is an English composer but for me, especially in the second, most immediately attractive, CD, covering numbers eleven to twenty, I was drawn to a comparison with certain French composers, not so much as models to copy, but in the sheer spirit of their music.

I thought of the playfulness of the Fauré of The Dolly Suite. In piece number 11 there was a suggestion, in the rhythm, of Dukas and The Sorcerer’s Apprentice and for some reason in number 14, the music conjured up visions of Renoir’s painting Dance at Le Moulin de la Galette.

The pieces are all ‘concert studies’ and all fully live up to both these words.’ There is much intricate staccato finger-work in scalic passages, but there is warmth and tunefulness aplenty as well, something to delight a general audience, while the demands of virtuoso pianism have drawn the attention of performers like McLachlan, Vladimir Ashkenazy and John Lill among others.

Some of the pieces have a jazzy feel to them – which might attract that fraternity.

I can sort of plonk through some of Satie’s music, but Moseley’s? Certainly not. However, I am able to just listen and enjoy!