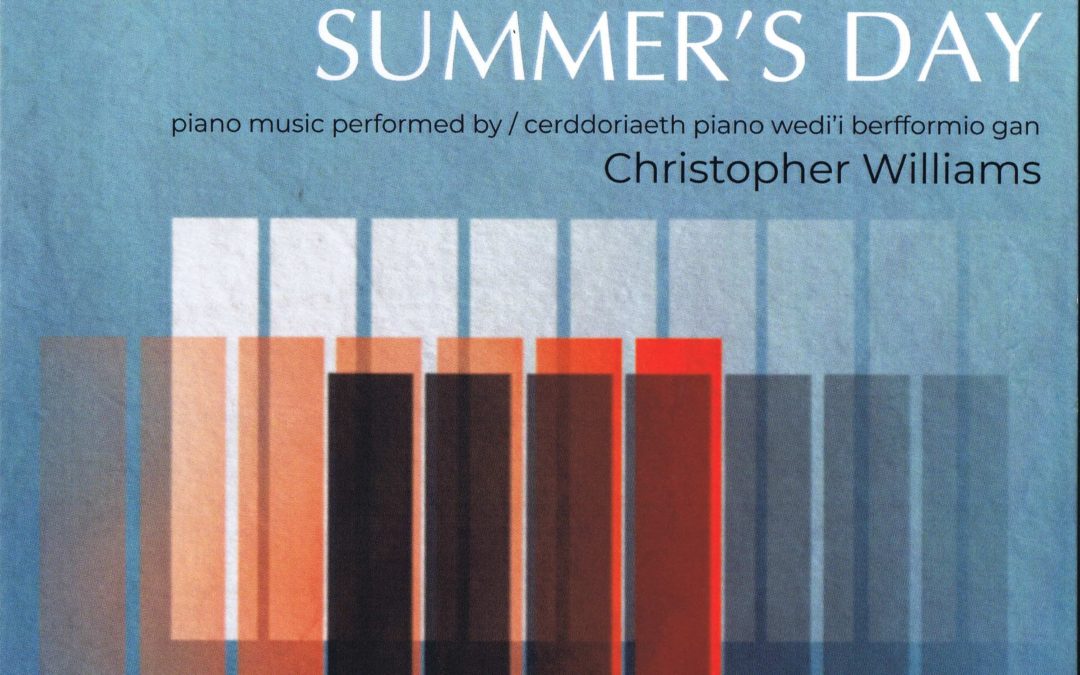 I knew the Welsh Composer Mervyn Roberts (1906-90) personally through correspondence and by visiting him and his wife Eileen at their home in Horsham in 1987.

He generously gave me all his printed music – now on this CD, and his music has given me great pleasure since then, as do these fine, well-gauged, expressive and idiomatic performances from Christopher Williams, a former graduate of Cardiff University, and currently assistant director of music of the BBC National Chorus of Wales.

‘Summer’s Day’ is named after one of the three seasonal pieces by Mervyn, the others are Wind of Autumn and Winter. The Sonatina has two lively movements in Eb Major contrasting a deeply felt middle movement in Bb Minor. Mervyn’s Sonata is undoubtedly one of his greatest works – it was awarded the Edwin Evans Prize in 1950 by the judges Arnold Bax, John Ireland and Alan Rawsthorne.

Next come Four Preludes (Novello), ‘Four Folksong Arrangements’ (MS) and Slow Air, written for the Associated Board. The final piece ‘Ballad’ (MS) was written for Colin Scott-Sutherland (1930-2012), a great friend and correspondent of Mervyn’s, who wrote the thoroughly informative article in British Music Volume 24 (2002) which has Mervyn’s photo on the frontispiece.

Ballad is a miniature tone-poem lasting over twelve minutes and could easily have been orchestrated – the final section in E Major is very reminiscent of the Coda of Bax’s Symphonic Variations.

Special thanks must go to Christopher Williams for devoting so much time and preparation towards what I assume are première recordings. The notes contain a very informative memoir by Mervyn’s daughter, Catherine Arnold. The piano used is the Bosendorfer in Tŷ Cerdd’s own studio.

This disc deserves to be a must-buy for enthusiasts of piano music in the Bax/Ireland tradition. Perhaps Tŷ Cerdd will feel sufficiently emboldened to issue a follow-up CD of Mervyn’s larger-scale 2-Piano and Piano Duet works, which would include his ‘Variations on an Original Theme’ – his masterpiece.