LORD BERNERS: The Triumph of Neptune 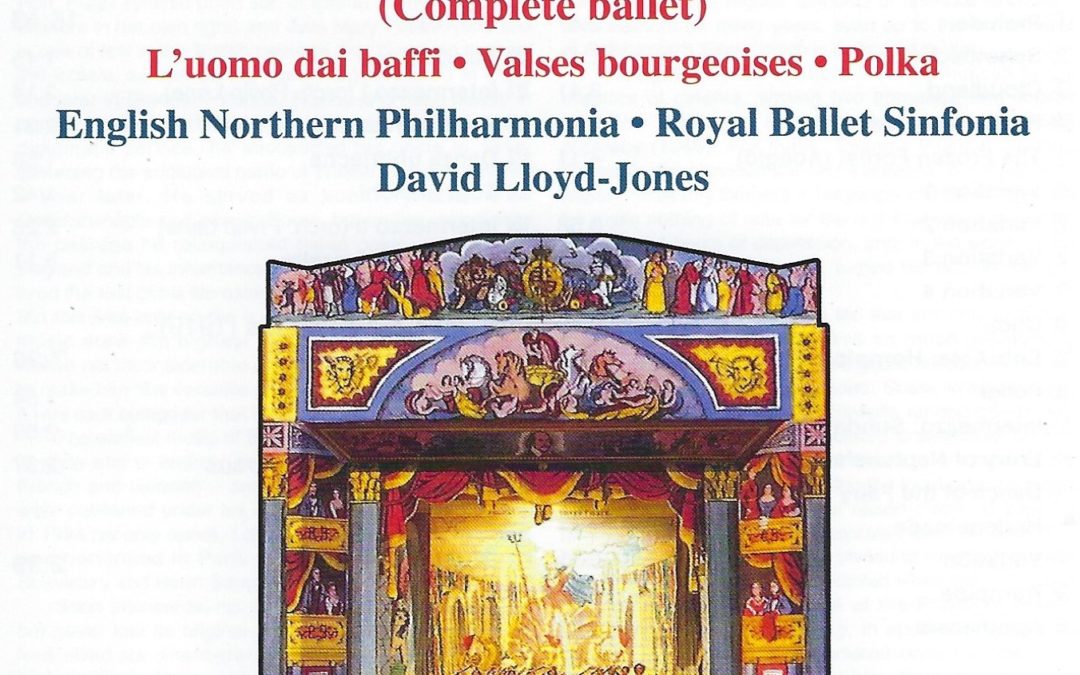 Lord Berners was ‘one of the learners’ as he styled himself in his autobiography. He had a folly built at his mansion in Faringdon. We used to live near there and many local people had no idea who had built it, and when told, they had never heard of Berners, let alone his music, or his paintings, or his novels.

And, in a way, this sums him up. A figure considered ephemeral and irrelevant, eccentric and marginal. Only the pink pigeons, which my wife often saw with astonishment when nursing Berners’ long-widowed partner Heber Percy in the mid 80’s, made much impression.

These comments also apply to these ballets, which now remain little performed. L’uomo dai baffi was produced in Rome in 1918 and must have been considered out of phase with its times. Its harmonies are often bi-tonal and it is very influenced by Stravinsky (with whom Berners was friendly) even down to the unusual scoring – single woodwind, brass, percussion and strings, and it has a section danced by puppets.

This recording falls into seven movements including two extra pieces orchestrated by Philip Lane. Lane also orchestrated the Valses bourgeoises but I am not convinced that he has truly captured, as it were, the Berners effect here. He has also newly orchestrated the Polka composed for the film Champagne Charlie.

By 1925 Berners was a figure firmly ensconced in the drawing rooms of London intellectuals. His longest ballet The Triumph of Neptune is described as a hybrid of ballet-pantomime and harlequinade. It was a Diaghilev commission with choreography by Balanchine, and this complete version falls into 19 sections and, suitably for its clientele you might say, it has an inconsequential plot devised by Sacheverell Sitwell involving Sailors, a Goddess, an evil grotto with giants and a journalist.

Just in case you thought Berners rather a dilettante just pay attention to the orchestration, especially in movements like the Prelude and the Frozen Forest depicting fairies playing in the snow! It must be admitted however that, due to time pressures Walton orchestrated “four large numbers”. The work proved quite a success and this is probably its fifth recording.

This disc was originally released on the Marco Polo label in 1998, and it was one of three devoted to Berners major works. The performances are clear, and colourfully capture the two orchestras involved under a highly sympathetic conductor.