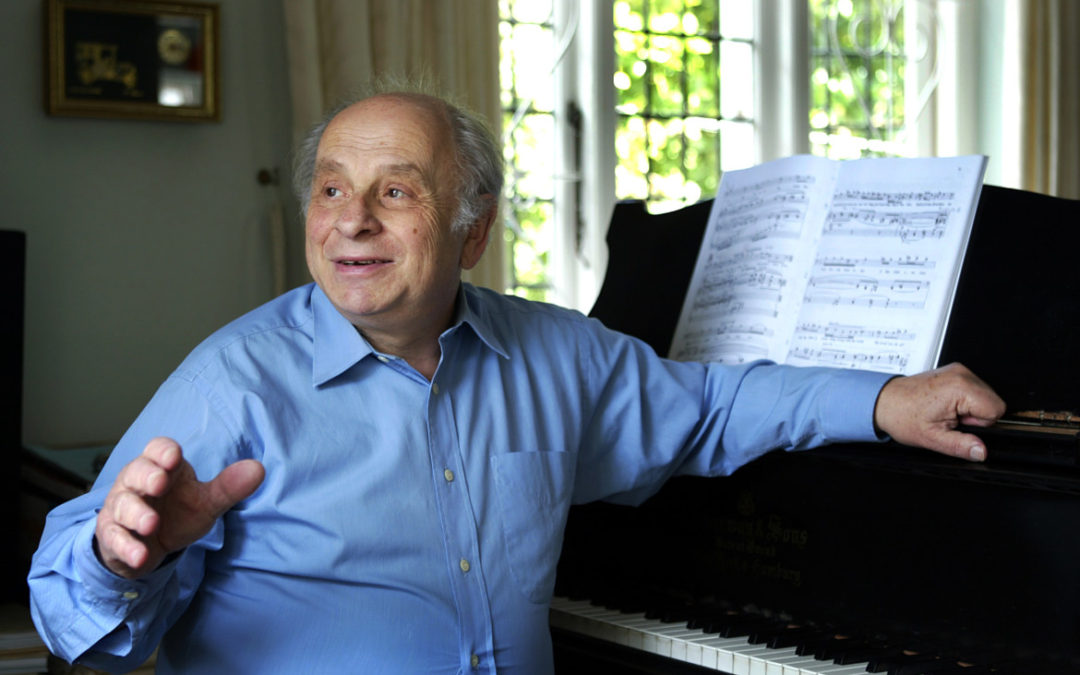 Thomas Rajna was an adventurous performer, an imaginative composer, and a truly endearing person.

I wonder how he would have taken the order in which I have listed his musical occupations: on one of my visits to his home in Claremont, Cape Town, he wryly observed that earlier in his life he was considered a good pianist and ‘not a bad’ composer, only for this estimation to be reversed after his retirement.

Earlier, I referred to Rajna as a performer rather than a pianist, for he displayed some interest in the harpsichord: besides composing a Capriccio for the instrument in 1960, he performed and directed Bach’s harpsichord concerti as well as the Fifth Brandenburg Concerto (BWV 1050) in 1985 with the South African College of Music Chamber Orchestra.

It is through the recording of this concert that I first encountered Rajna’s tremendous gifts as a performer, when I was a ‘fresher’ at the University of Cape Town in 2013. (I must admit that his choice of instrument, a Goble dating from the 1960s, gives the impression that the performance took place at least a decade earlier!)

Later, I came across his pioneering recording of Messiaen’s Vingt regards sur l’enfant-Jésus (1944), reviewed alongside John Ogdon’s interpretation in the Musical Times of March 1970. Rajna had not read the review, but when I told him that the reviewer (Roger Smalley) candidly declared his performance to be superior to Ogdon’s, his reaction was one of genuine humility.

Also in 1970, Rajna moved to Cape Town to take up a lectureship in piano at the University. It is well known that those in South Africa who have been inspired by Rajna as a teacher, performer or composer have Gunther Pulvermacher and Lamar Crowson to thank for bringing him over. His contributions won him the respect of colleagues and the institution itself, for in 1980 he was made a Fellow of the University.

His presence among other ‘South African’ composers in the Suid-Afrikaanse Musiekensiklopedie (volume 4, 1986) also demonstrates an attempt, on the establishment’s part, to naturalise him. As Emeritus Associate Professor in Piano in 1996, he was awarded the University of Cape Town Book Award for his Harp Concerto of 1990. What is more astonishing is that he remains the only awardee to have emerged from the South African College of Music.

Also in 1990, Rajna performed as piano soloist in Messiaen’s Turangalîla-Symphonie (1948) with the erstwhile Cape Town Symphony Orchestra, conducted by Omri Hadari. Such a project not only attests to his sense of adventure, but also his creativity: upon realising that getting an Ondes Martenot and a player down to Cape Town would be well-nigh impossible, he supported the idea of using an Electronic Valve Instrument (EVI) in its stead. The performance was a success, and, during my last visit to his home in August 2019, he was very proud to share the live recording with me, remarking on how the EVI may even be better suited to the work itself than the Ondes Martenot.

A fond moment in the time that I have known Professor Rajna may well be when Nicholas Haralambous and I encountered his warm presence immediately after we performed Messiaen’s Visions de l’Amen (1945) and Stravinsky’s Rite of Spring (1913) for Two Pianos in June 2017. We were particularly anxious for his feedback, since he himself had performing experience in this repertoire.

But he was generous and encouraging in his remarks, which put us at ease. He then went through the score in some detail, sharing tips that we found to be of especial benefit. However, Rajna was not aware of the queue of well-wishers that he was holding up, until Mrs Ann Rajna gently pointed this out: onlookers seemed tickled but no doubt relieved by such an intervention.

Rajna’s interest in composition dates from his early childhood. He has shared that those around him considered his early attempts as doodles, with the exception of Lili—his piano teacher at the time—who nurtured his talents until he entered the Franz Liszt Academy of Music. A sketchbook, with its first entry dating from 1942, contains numerous juvenilia.

The titles of these youthful works mature with each ‘opus’, beginning with an untitled work, bearing the tempo marking ‘Andante’, to Nostalgia in a Metropolis ‘opus 3’, to Kaleidoszkop, ‘opus 5’ – the latter bearing a preface presumably in Hungarian. The adolescent Rajna also copied out Debussy’s Doctor Gradus ad Parnassum, unintentionally preparing the foundation for the numerous technical exercises he would jot down in the same sketchbook during his studies in London later in the decade, even preparing a fair copy of his own ‘crab canon’ as late as November 1994.

It was in 1944 when he began composing what would become his Preludes for Piano, completing them in 1949, while studying at the Royal College of Music under the tutelage of Herbert Howells. According to what Rajna has shared with me, Howells was particularly taken with the final prelude (no. 11), on account of the jazzy atmosphere created by the opening material. Howells later bestowed a score of his upon Rajna, inscribed thus:

From his affectionate friend

The Preludes represent Rajna’s mature compositional idiom, which he termed ‘contemporary lyricism’, in gestation. As such, the Preludes were re-examined at various stages of his career, revising them intensely in 1987, with the assistance of pianist, Dana Cilliers, and the recently departed Allan Stephenson. Rajna’s revised text was published commercially in 1988, in a joint effort by Boosey & Hawkes South Africa and Seven Arts Publishers. In August 2019, Rajna shared further revisions of the work with me, excisions and emendations carried out with correction fluid and black ink respectively.

It is through these Preludes that I first met Professor Rajna. In 2015, myself and a few other piano students at the South African College of Music were invited to perform them in Cape Town and Stellenbosch; however, the composer requested that we play for him beforehand. During my lesson, we found that we had a lot to talk about, and from then he kept a close eye on my activities, attending recitals when in good health, which he nearly always was.

It is a regular occurrence in Rajna’s oeuvre for an entire work to be repurposed as a different composition entirely, though bearing the material of the earlier work. In at least two instances the earlier work is withdrawn from his catalogue, but this practice is not applied strictly. The Dance for Orchestra (1951) was withdrawn, later becoming the third movement of his Second Piano Concerto (1984).

The concerto, commissioned by the Oude Libertas in Stellenbosch, is dedicated to the memory of his father, who was murdered by Hungarian Arrow Cross in January 1945. The spirit of this dedication is felt most keenly in the central movement, titled Elegy. It is largely scored for flute, piano, and strings, with the central orchestral episode made even more austere by some prominent brass scoring.

The outer movements of Rajna’s Divertimento (1958) for Orchestra, which was also withdrawn, became part of his Divertimento Piccolo (1987), a work commissioned by the South African Broadcasting Corporation in 1987 for the Siebert National Conductors’ Competition in Bloemfontein. The central movements of the earlier work were integrated to the Cantilenas and Interludes (1968) – a work that showcases the composer’s impressive skills in thematic development, polyphony, and structural discipline. This piece was originally written for the English Chamber Orchestra, and first performed in the Queen Elizabeth Hall in the year of the work’s completion.

Amidst the attention that Rajna was receiving ahead of his 90th birthday in 2018, I began researching his own output seriously. He welcomed this venture, which officially began with an extensive interview at his home in September that year. Afterward I began deep archival research largely in the Jagger Reading Room at UCT; as the pandemic began to take hold I had got as far as examining his film music, which dates from the 1950s.

Having heard that this material survived the fire in April, it is my sincere wish to resume this happy project as soon as possible!