THE BEST OF ARNOLD 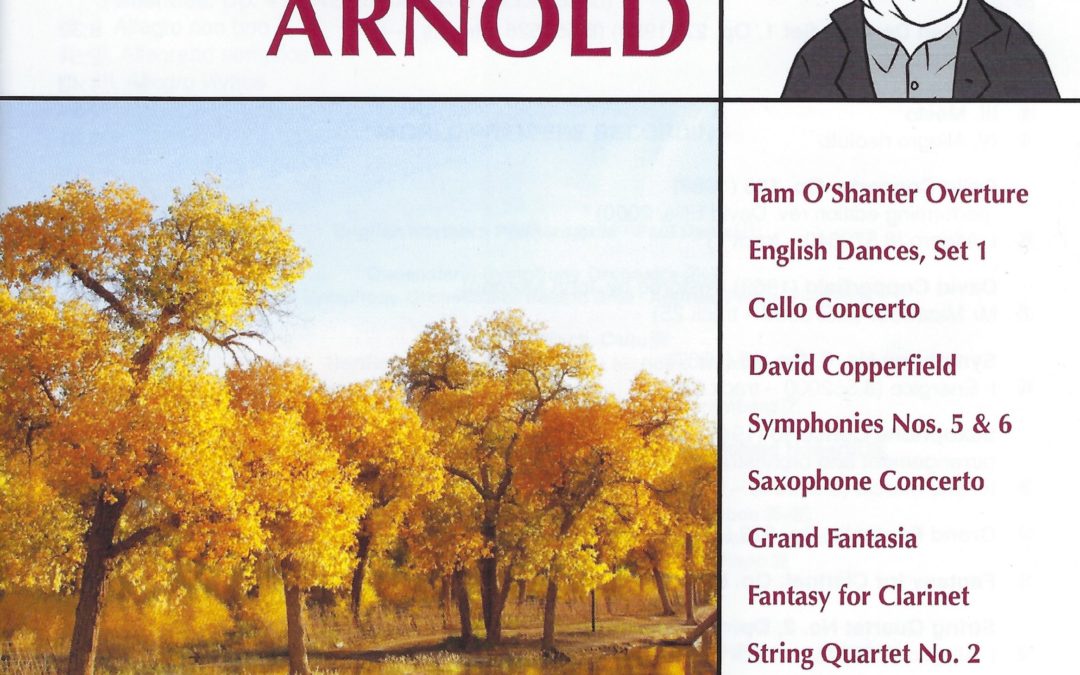 When I began writing my biography of Malcolm Arnold, around the time of his knighthood in 1993, things seemed on the up for the much-maligned composer.

Sadly, since his death in 2006, it has been business as usual, with a few popular works played fairly frequently but the more substantial works left on the shelf.  His centenary this year has prompted Naxos to produce this wide-ranging taster disc, compiled from their many recordings of his vast output.

Arnold had an innate understand of each instrument and in his many chamber works he exploits them to the full.  Here we have five works, the highlights of which are the Three Shanties for wind quintet from 1942 when Arnold’s fully formed style is already apparent.

The 2nd String Quartet of 1975 was one of Arnold’s most heartfelt works.  I went with him to hear it in concert, and at the end the tears were streaming down his cheeks. The Maggini Quartet do full justice to its first movement’s rich textures.

Of the orchestral works we get the hugely popular English Dances Set 1 in a terrific performance from Australia, and Tam O’Shanter from Leeds.  The Irish provide the first movements of symphonies 5 and 6.  While no one will ever match the composers searing recording of no. 5, the seldom-heard Andrew Penny comes close.

The extracts from the Cello Concerto and Saxophone Concerto are part Arnold part David Ellis.  The Cello Concerto of 1988 was greeted with horror at its premiere as it sounded like the sketch for a work, not the finished product.  In 2000 David Ellis was asked to see if he could salvage something, and he did.

The tunes are developed, the orchestration filled out, and we have an elegant, if not stellar, addition to the repertoire.  The Saxophone Concerto started off as his early Piano Sonata but was arranged by Ellis in 1994.  As a piano sonata it was ungainly to play, but it works magnificently on saxophone.

All of the performances are excellent and, in some cases, come from the only available recorded versions. As a survey of his output from 1940-1988 it cannot be bettered.

PS. If my life depended on it, I could not identify the caricature of the composer on the cover.  A composer yes, Arnold no!