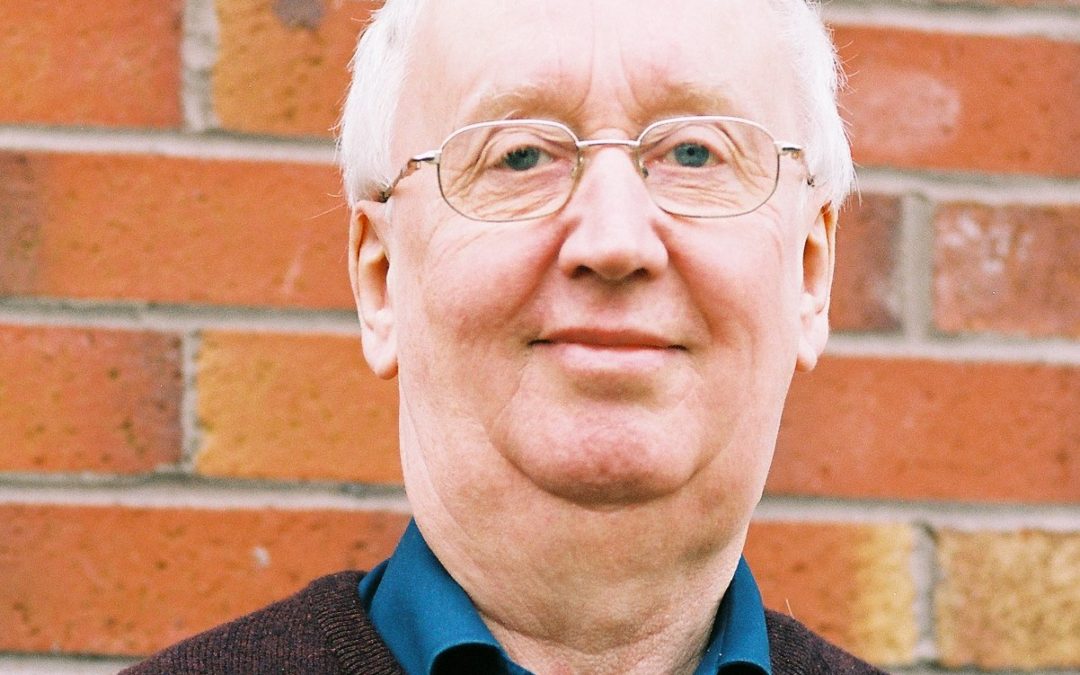 Despite, or perhaps because of, sharing a surname with Swiss, German, American and Canadian composers, the British composer David Beck, who died on 7th July last, of oesophageal cancer, remained for much of his life in the shadows as an orchestral violinist.

He was born in Mansfield, Nottinghamshire, on 1 January 1941, but moved with his parents to Kent and attended school in Folkestone, as well as the Kent Junior Music School in Maidstone, where he made rapid progress on both the violin and clarinet. One of his friends from this time was the tenor Philip Langridge.

David joined the National Youth Orchestra as a “general musician” on the strength of his youthful compositions, before graduating to the tubular bells and then to the viola. During his time with the Orchestra he benefited from helpful composition advice from Herbert Howells, and at the age of 16 won a music scholarship to Gonville and Caius College Cambridge, where he studied composition under Peter Tranchell and Patrick Hadley. He became a member, playing second violin, of a student quartet, the Locke String Quartet, led by Simon Standage, who remained a lifelong friend.

After graduating, David stayed on to gain the degree of B.Mus. in both composition and performance. Works from this time included the String Quartet No. 1 (entered for the Clements Memorial Prize, but not performed until 2007), and a pair of pieces for clarinet and piano, much praised by fellow student David Blake. David Beck subsequently joined the Halle Orchestra as a violinist, later transferring to the BBC Northern Orchestra (later the BBC Philharmonic), as well as freelancing with other ensembles.

He was known among the players particularly for his quirky and delightful takes on well-known Christmas carol tunes, but the demands of the work left little time for original composition, though he did manage to compose works for the Northern Chamber Orchestra, the Halle Brass Quintet, the Halle Wind Quintet and the Warwickshire Schools String Orchestra. A mite disgracefully neither orchestra of which he was a member played a note of his music. In retirement he took up the oboe in a local amateur orchestra, to help out!

The first work he wrote for me was a delightful Serenade for recorder, cello and harpsichord, performed at the Phil club, though I confess that I had enormous difficulty trying to pitch the final section on a Swanee Whistle. Other works that he later wrote for me included two substantial and imaginative concertos, and two quintets with strings, all recorded (see discography).

David had a quirky sense of humour, and adored puns anagrams and double-entendres (he was a dab hand at Scrabble and Monopoly. My birthday card from him last year read: “York Hard From Deep Heck”. His response to a lovely review in The American Recorder was “This old wreck is glad to receive wreckognition for his Wreck Hoarder pieces”.

Even in his last illness his sense of the absurd did not vanish. As he lost weight he wrote to me: “I have lost some weight in the last few weeks. Trousers are falling down. Reached the limit of what my belt can do. It’s as if it was made for someone else. For Whom the Belt Holes?? Eat your heart out, Mr. Hemingway.”

It is ironic and so sad that David survived with a mild form of leukaemia for almost half his life, yet succumbed in the end to a more aggressive form of the disease. I shall miss his sense of humour, his life-affirming personality, and the constant supply of fascinating, carefully wrought, immaculately scored and sometimes gently humorous music.

David’s last music was a short fantasy for two recorders on the well-known theme tune by Nick Ingman (and with his consent) to the popular TV series “Keeping up Appearances”, which will shortly be published by Peacock Press. Pace Mrs Bouquet / Bucket, pompous David was not!

David is survived by his second wife Caroline Densham, a harpist and astute genealogist.