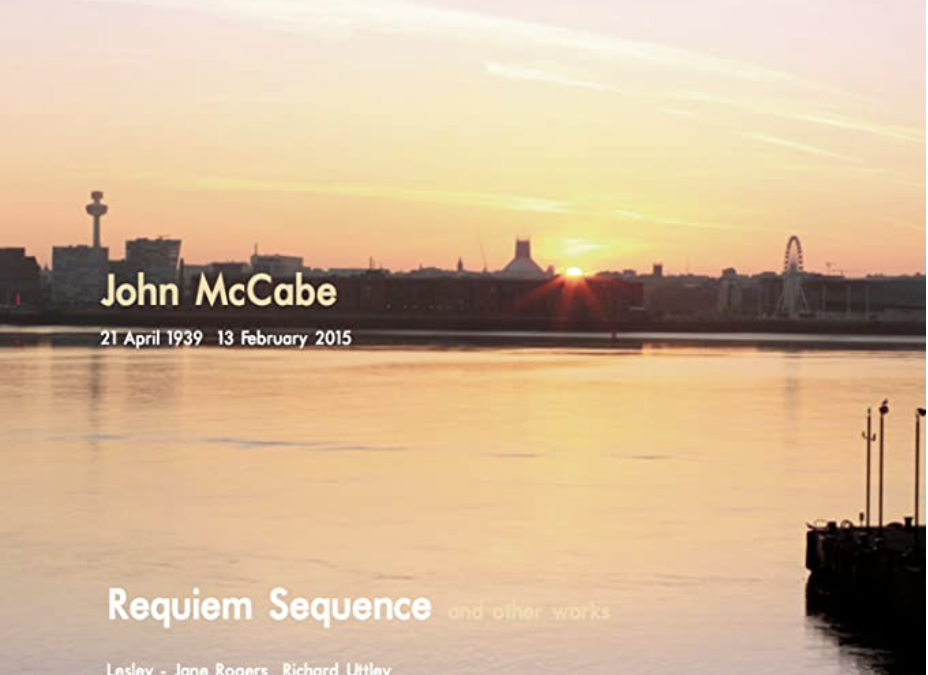 John McCabe (1939-2015) composer, virtuoso pianist and, from 1983 to 1990, director of the London College of Music, worked at a time when challenge and complexity were at the forefront of classical composition. Although not a full blown ‘serial’ composer there are strong elements of that in some of his music.

He was always open to the unusual and the unexpected, something that is at the heart of at least one of the sections of this CD. His Irish Songbook Part 1 might suggest folk-like poetry and ‘nice’ tunes. Instead, McCabe chose four out of the six Irish poems with much darker themes.

In The Mother by Padraic Pearse for instance, a mother lauds the death of her two sons fighting for Ireland against guess who? The music is powerfully dramatic, angry even, performed with fiery operatic intensity by soprano Lesley-Jane Rogers and a sensational pianist, Richard Uttley.

They are together marvellously too in the opening work that gives its title to the CD, Requiem Sequence (1971). Equally out of the ordinary, the text of the Latin Requiem Mass is boiled down to under 15 minutes with the texts not in the usual order. The piano is brittle and startlingly exciting while the voice often has a hint of plainsong in its rhythms. The sheer violence of the Sanctus made my eyes pop.

In Two Dances from Mary Queen of Scots, McCabe achieves an amazing marriage of early music and stark modernity.

The William Byrd Singers reach a softer vocal blend in two settings of verses by the Irish poet James Clarence Mangan. A poem of longing for lost love is interspersed with much darker verses from a different poem with suitable changes in musical colour. In Siberia the music lives up to the starkness of the landscape described in the poem.

McCabe was sometimes celebrated more as a virtuoso pianist than as a composer. His own performance of his late friend Alan Rawsthorne’s Theme and Four Studies which concludes the CD, demonstrates precisely why that was the case.