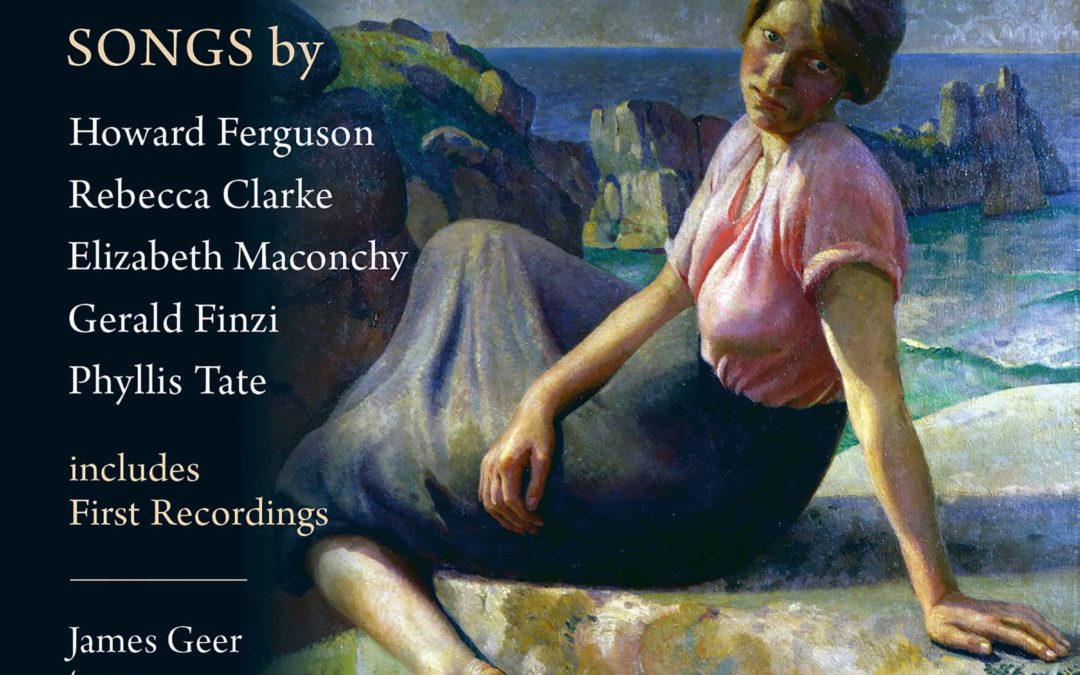 All but three of the songs on this disc have been recorded before, if infrequently; however for the most part this remains unfamiliar repertoire.

I’ve rarely thought of Howard Ferguson as an obvious songwriter, but his careful setting of five rather tortured and tortuous poems by Denton Welch raises them to another level; indeed the brief Babylon bears comparison with Holst’s masterly Betelgueuse in its stark and attenuated beauty.

After years of neglect Rebecca Clarke’s dramatic The Seal Man now seems to be popping up regularly (including on another recent Somm disc from James Gilchrist). Here, comparative newcomer James Geer sings this and five other songs with intelligence and taste –  possibly even a little too much good taste.

Surely Blake’s Tiger demands something more elemental from both composer and singer? Simpler lyrics such as The Cloths of Heaven evoke from Clarke a tender eloquence which brings out the best in both performers.

Finzi’s Till Earth Outwears is by far the best known and the most accomplished cycle here, and newcomers won’t go wrong with this interpretation of Hardy’s heart-broken meditations on time and loss, although to my mind more expressive performances can be found elsewhere on disc.

Elizabeth Maconchy’s early settings of some well-known C.17th lyrics strike a pleasingly archaic note. Some years later she set several Shakespeare lyrics in a rather more searching and angular style, considerably removed from the traditional idiom of say Finzi or Quilter, and reflecting (like many of her string quartets) a Bartokian influence.

If, at times, the results sound like a composer working hard to find a new angle, rather than the most natural word-setting, they certainly forced me to re-hear such over-familiar poems as The Wind and the Rain. By comparison, the three songs by the grievously neglected Phyllis Tate have a pleasing unforced simplicity.

James Geer offers sound and solid readings throughout, although his tone is not always glamorous, and occasional vibrato is noticeable. He is very ably partnered by Ronald Woodley. As with all Somm recordings the sound is exemplary and the booklet notes both thorough and thoughtful.

For a newcomer to English song, or those in search of some less familiar corners of the repertoire, this disc can be considered self-recommending.