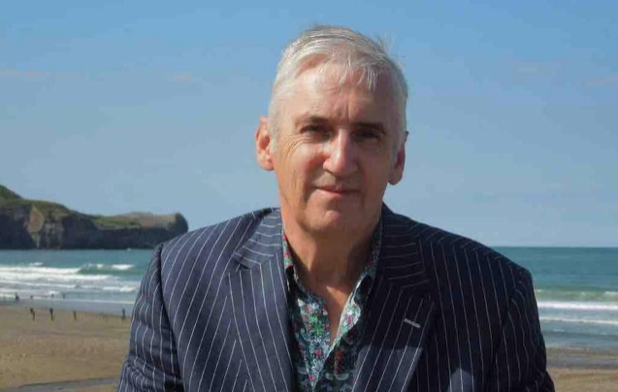 It is with much sadness that we inform members of Chris Bye’s death on March 8 aged 69 shortly after being diagnosed with cancer.

His wife Annette said that Chris gained much pleasure from listening to classical music and in writing his reviews for the BMS monthly E-News.

His application on the Society’s behalf to Historic Environment Scotland for a plaque dedicated to Arnold Bax at the Morar Hotel was successful and it was only the arrival of Covid 19 that postponed its unveiling in April last year.

Many people beyond the BMS will miss Chris. His former chief photographer Mike Cowling at the Yorkshire Evening Post, where Chris acted as editor from September 1987 to January 1999, described him as “very dynamic and focused. He instilled enthusiasm. It was fun working with him”.

Tony Watson, another former editor, pointed out that Chris “was passionate about Leeds and its people and used the power of the newspaper to campaign on causes they cared about”.

This included his heroic effort in securing his newspaper’s sponsorship at the last minute of Leeds United and his support of the Wheatfields and St. Gemma’s hospices for whom £1.7 million was raised.

In Annette’s words: “He had a keen wit and sense of humour, he swam against the tide, a maverick, he stood up to authority, he challenged. A true gentleman, erudite, well-read, lover of the arts. He was the most loving, devoted husband.”