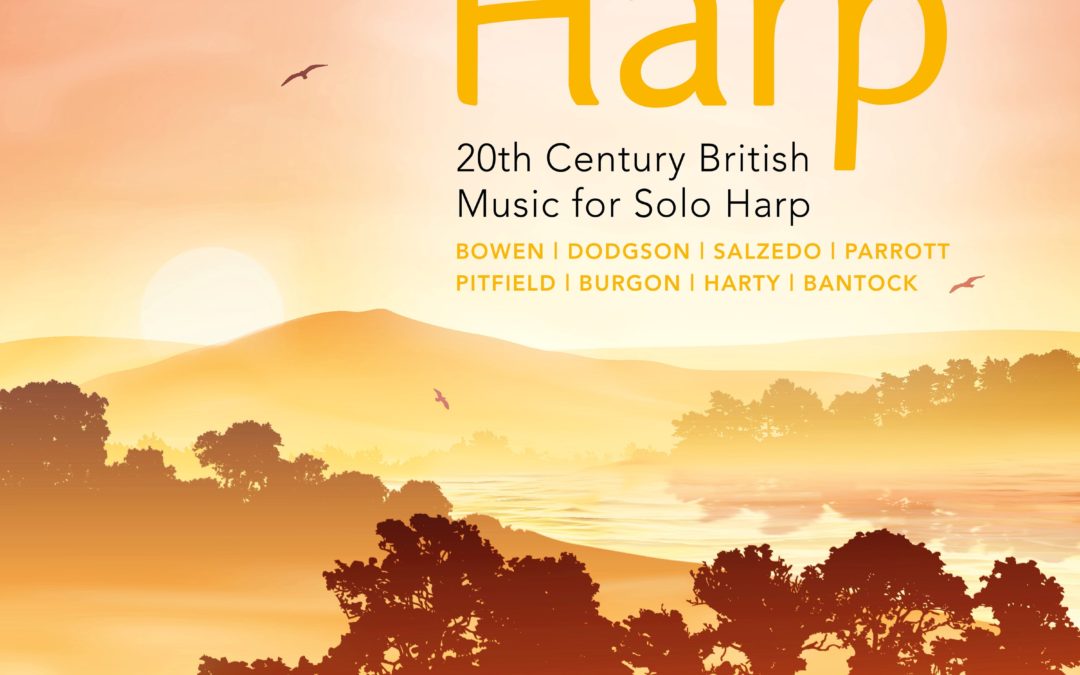 Writing for the harp needs study and sometimes guidance from a willing player, as I know from my own experience. After a while you suddenly get the knack but it’s historically been the French who have expressly developed and exploited the instrument.

It is good therefore to be reminded that British composers throughout the 20th century were also perfectly able to write idiomatically and vividly for the instrument. One of the inspirers was Sidonie Goossens (d.2004) and previous to that, as mentioned in John Humphries’ excellent notes, there was Miriam Timothy (d.1950).

Try to imagine a typical piece of harp music, then listen to York Bowen’s Arabesque, once described as of ‘utmost beauty’ or to another work Timothy promoted, Hamilton Harty’s rather sugary-sweet Spring Fancies, subtitled Two Preludes, described as ‘fairy-like, graceful airs’.

Then compare those pieces with more challenging works like the two by Stephen Dodgson, a Ballade and a Fantasy. Pedal changes are always the player’s nightmare and it’s best to write diatonically but modern composers, like Dodgson will always feel the need to explore more complex harmony, as does Ian Parrott.

The first part of his Soliloquy and Dance explores, with great skill, bi-tonality. The second part is in a foot-tapping 15/8. Similarly, Geoffrey Burgon, in his curiously enigmatic and pensive Three Nocturnes, finds much originality in his unstable harmonic language.

The harp can also be useful for a composer in the exploration of the traditional music of their own country often using forms of modality. Leonard Salzedo’s inheritance is from Sephardic Jews, so his late work, Tonada, evokes a lost and sultry Iberian landscape using middle-eastern scales and melodic motifs.

Thomas Pitfield’s wife was Russian and the second of the two movements of his Sonatina, written for the late Welsh harpist Osian Ellis (and playable also on the Celtic Clarsach harp) is a set of simple variants on a Russian folk tune. The first movement is in a dance-like 7/8.

The remaining work is Granville Bantock’s Sapphic Dance, the second of his Dramatic Dances, is the longest piece on the disc. It sounds improvisatory and indeed is inspired by the idea of Sappho improvising on her lyre. Bantock had something like an obsession for Sappho, including composing A Sapphic Poem for cello and orchestra.

Eleanor Hudson is a fine advocate of this little known music, much of which is quite challenging, technically. She has been closely but atmospherically recorded.