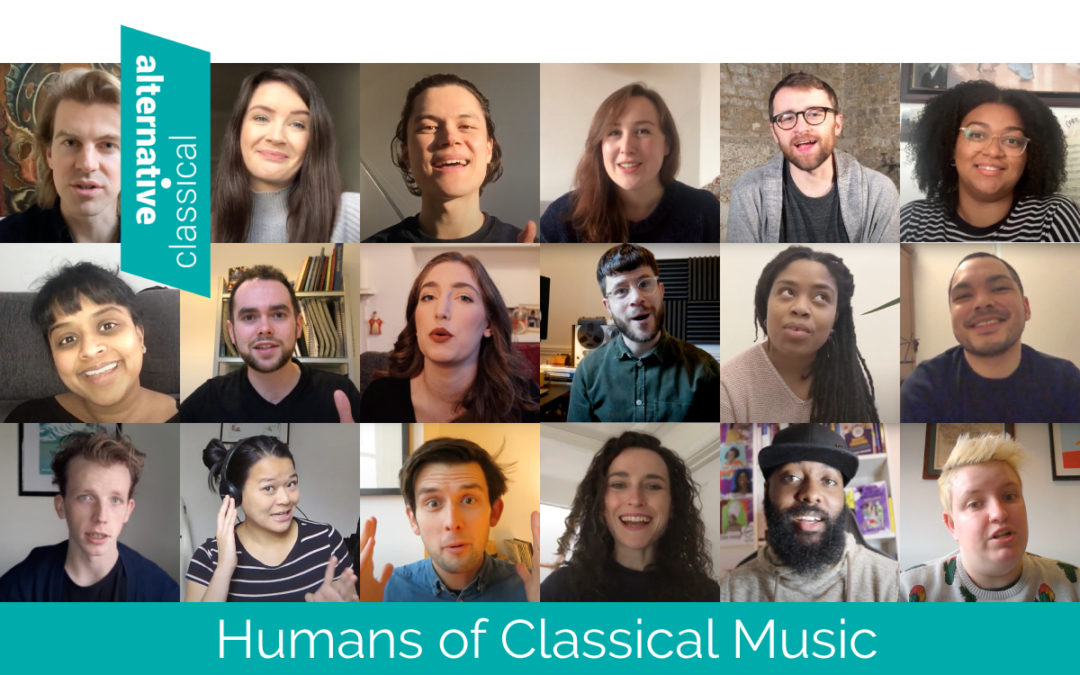 Humans of Classical Music Video Series, a new initiative from Alternative Classical, sees musicians, actors, comedians and podcasters from around the world recommend their favourite piece of classical music in a series of one minute videos.

A new video goes live every Thursday with a link to the piece on Spotify or YouTube.

Some of the picks include music by British composers including Elgar, Britten, Morfydd Owen and Rebecca Saunders to name a few.

Co-Founder & Director Hannah Fiddy describes herself as a ‘classical innovator’ and has created and promoted numerous concerts outside of traditional spaces and also manages the digital presence for composer John Rutter. She is also a guest lecturer on innovation in the classical music industry at Middlesex University.

Hannah hopes this project will be an uplifting, positive and fresh way for people to discover classical pieces through the ears of someone else.