DAVID MATTHEWS: A Vision of the Sea 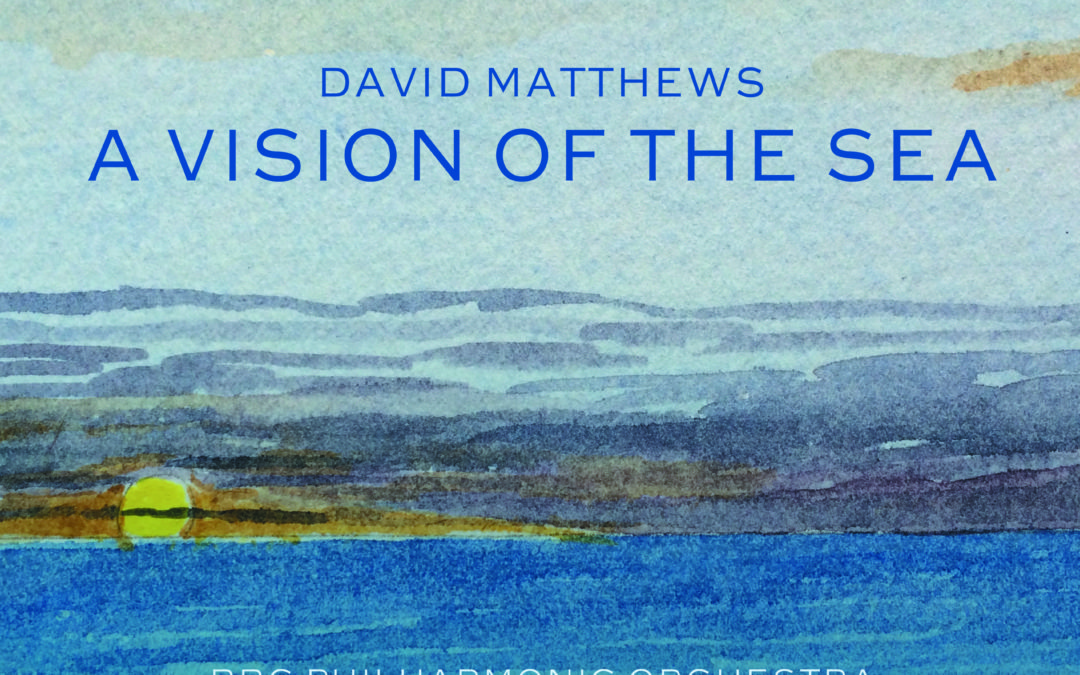 A deeply felt affinity with nature proudly sits at the heart of David Matthews’ latest collection of works, a collaboration with the BBC Philharmonic Orchestra and Jac van Steen, under the title A Vision of the Sea.

Included in the collection is the notable Eighth Symphony, Opus 131, commissioned by the BBC Philharmonic and written in 2014.  Perhaps most moving is the Adagio, con molto sentimento – an elegiac movement revealing emotional upheaval, which is dedicated to the memory of fellow Mancunian composer Normal Worrall, who died whilst Matthews was writing this.

Intensely expressive phrases open with plaintive and querulous strings and woodwind. Matthews reveals real depth of his feelings in this movement.  The contrast between the second and third movements of the Eighth Symphony is summed up by the composer:

“While I no longer feel the need to defend my use of tonality since it seems obvious now that non-tonal music has not replaced it, perhaps I should say something about my light-hearted Finale, with its use of melodic ideas that some might think naïve.

“Of course I am aware I am going very much against the zeitgeist, and that most major art today is pessimistic in tone, which given the state of the world is hardly surprising, yet shouldn’t it still be possible to express feelings of delight, love of life, elation? They will inevitably be mingled with other darker moods but if we can’t contrast one with the other, then surely we are not fully human.”

The highlight of this recording is the symphonic poem, ‘A Vision of The Sea’ Opus 125 premiered at the Proms in 2013 by the BBC Philharmonic, originally inspired by the thoughts of Claude Debussy completing the great and popular La Mer.

A Vision of the Sea was written partly in London, partly in the seaside town of Deal, Kent, where Matthews composes much of his music.  The first section, Poco lento e calmo, opens with a calm sea, and the unmistakable sound of warbling herring gulls, contrasting with the chilling, fraught Lento.

This is indeed music deeply inspired by the sea.  In the words of the composer: “A Vision of the Sea is the third piece I have written influenced by this particular part of the English Channel, the title derives from an unfinished poem by  Shelley which describes a violent storm.  There is no actual storm in my piece, but I liked the title and chose two lines from the poem as an epigraph, ‘Round sea birds and wrecks, paved with Heaven’s azure smile, the wide world of waters is vibrating’”.

The intriguing Toward Sunrise Opus 117, has equal impact, inspired by the sound of the sun as recorded by scientists at Sheffield University.

Also included in this collection is the recently rewritten Sinfonia, Opus 67, dedicated to the composer’s brother, Colin, on his 70th birthday “with love and admiration”.

This release is certainly a worthy acquisition to any serious collection of British music.