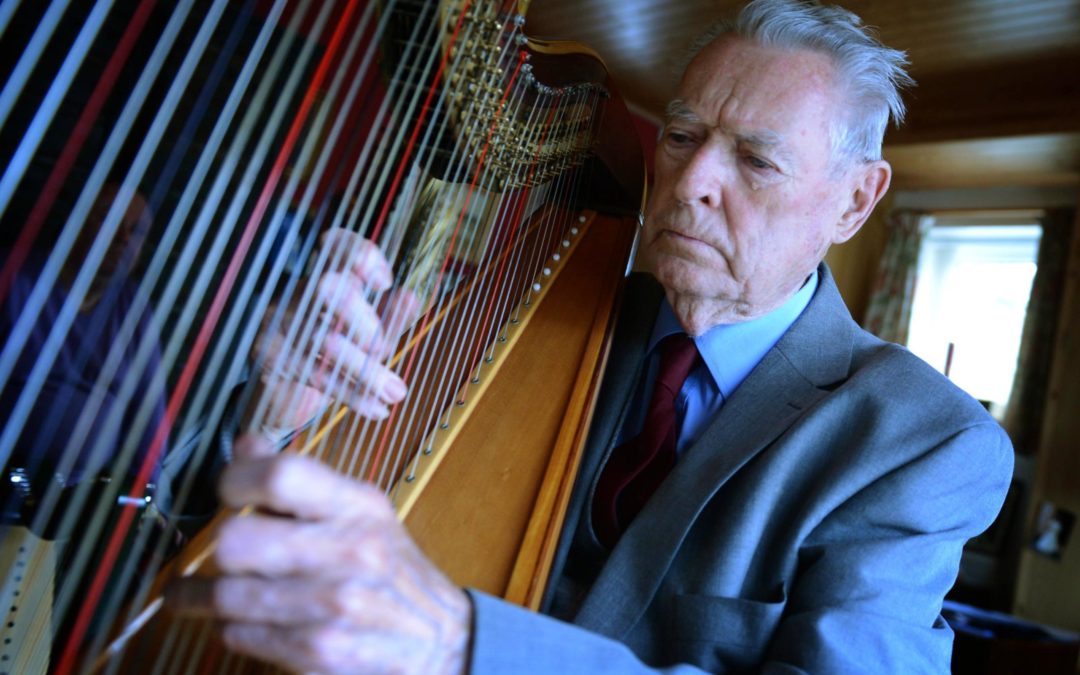 Osian Ellis, one of Britain’s most widely respected harpists, died on January 6th at the age of 92.

Born in 1928, he was principal harp of the London Symphony Orchestra, a member of the Melos Ensemble, and a professor at the Royal Academy of Music. He was particularly associated with the music of Benjamin Britten, having commissioned his “Suite for Harp”, and also played the important harp part in “A Ceremony of Carols” many times.

Among his best selling recordings over the years, were the Ravel “Septet” with the Melos Ensemble (Oiseau-Lyre) and the Gliere Harp Concerto with Richard Bonynge and the LSO (Decca). He also recorded Welsh traditional songs accompanying himself on the harp.

A full obituary can be found on The Guardian website.